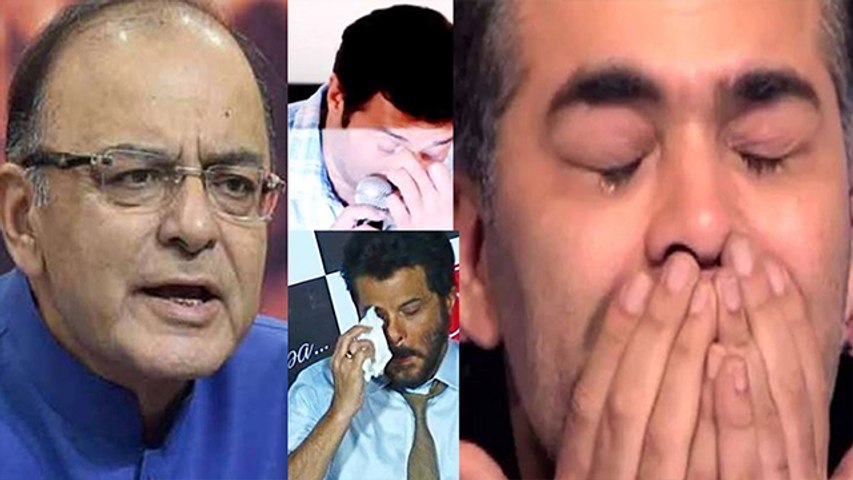 Former Union Minister Arun Jaitley, who was in a prolonged illness, breathed his last on Saturday. He passed away at All India Institute of Medical Sciences (AIIMS), Delhi at the age of 66. He was admitted to the hospital following complaints of breathlessness on August 9.

"It is with profound grief that we inform about the sad demise of Shri Arun Jaitley, Hon'ble Member of Parliament and Former Finance Minister, Government of India at 12.07 pm on 24 August, 2019. Shri Arun Jaitley was admitted in AIIMS, New Delhi on 9/8/2019 and was treated by a multidisciplinary team of senior doctors," read an official statement from AIIMS.

PM Narendra Modi, who is currently in UAE, took to Twitter and expressed his grief. He said, "Arun Jaitley Ji was a political giant, towering intellectual and legal luminary. He was an articulate leader who made a lasting contribution to India. His passing away is very saddening. Spoke to his wife Sangeeta Ji as well as son Rohan, and expressed condolences. Om Shanti."

Bollywood celebrities have been expressing their grief to the late BJP leader on various social media platforms.

Legendary singer Lata Mangeshkar took to Twitter and shared pictures with the former Finance Minister. She wrote, "Deeply saddened by the sad demise of Arun Jaitley ji. A dynamic leader, a thorough gentleman and our former Finance Minister. Very kindly, he had come over to meet me and we spoke for a long time. Will cherish those memories. Heartfelt condolences to the family."

Anil Kapoor, who recalled the time he spent many years ago with the late BJP leader wrote, "Met Shri #ArunJaitley Ji almost 20 years back for the first time & have been his admirer ever since. His demise is a huge loss for our nation. Will be truly missed. My heartfelt condolences to the family."

Filmmaker Karan Johar tweeted, "#RIPArunJaitley ... the nation mourns a strong and assured leader today... thoughts and prayers with his family and loved ones."

Actor-turned-MP Sunny Deol wrote, "Nation loses another great leader.Our thoughts and prayers are with his family.#ArunJaitley."

Actor Sidharth Malhotra also offered his condolences. He wrote, "Rest in peace #ArunJaitley. Your demise has left a void in the country. My prayers are with the family and loved ones."

Nimrat Kaur said that Arun Jaitley's contribution will remain exemplary for generations to come. She wrote, "Deepest condolences and heartfelt grief on the passing of Arun Jaitley ji. Never had the opportunity to meet him but always felt great fortune in sharing the same college as him. His contributions and remarkable legacy remain exemplary for generations to come. #RIPArunJaitley"

Actress Gul Panag took to the microblogging site to express her grief over Arun Jaitley's death. She wrote, "Saddened to hear about #ArunJaitley. Always looked up to him for his eloquence. And the manner in which he articulated his point of view and his mastery of all things legal. A loss for the country. May the Almighty give his family strength to bear this untimely loss."

Jaitley, a lawyer by profession, held the finance and defence portfolios in the Union Cabinet. He did not contest the Lok Sabha elections in 2019 citing illness. His mortal remains will be taken to BJP headquarters at 10:00 am on Sunday for people to pay their tributes. Cremation will take place at Nigam Bodh Ghat at 2 p.m.