Star kids Khushi Kapoor, Shanaya Kapoor and Anjini Dhawan were snapped out and about in the city having fun on a girls' night out. Mouni Roy looked classy when she was snapped at a popular club in Juhu, Mumbai. Taapsee Pannu was also spotted at the same club, a day before the release of her film, Badla. Check out these celebs' pictures!

Khushi Sports A Grunge Casual Look For The Girls Night Out

Janhvi Kapoor's younger sister Khushi Kapoor is a star even before she has stepped into the film industry. On Thursday night, Khushi was spotted partying with her BFFs and fellow star kids, Shanaya Kapoor and Anjini Dhawan. Khushi sported a grunge casual look wearing a red halter neck top with camouflage cargo pants. She finished her look with a pair of white sneakers.

Shanaya Kapoor All Set To Have Fun

Khushi's cousin and Sanjay Kapoor's daughter, Shanaya Kapoor joined Khushi and Anjini for a fun girls' night out. She looked pretty in a white crop top teamed with glossy black paper bag pants. She twinned with Khushi in the shoes department by sporting a pair of white sneakers. Shanaya is all set to make her Bollywood debut not as an actor, but as an assistant director.

Varun Dhawan's niece, Anjini Dhawan joined the girl gang of Khushi and Shanaya on Thursday night. She looked like she was ready to have fun with the girls, sporting a black play suit.

Mouni Roy looked classy when she was spotted at a popular club in Juhu, Mumbai on Thursday night. She wore a black and white checkered dress with a long black cardigan over it. Mouni will next be seen on the silver screen in John Abraham's Romeo Akbar Walter, a spy thriller film, directed by Robbie Grewal.

Taapsee Pannu Smiles For The Cameras

Taapsee Pannu was all smiles as she too was snapped at the same club on Thursday night, a day before the release of her film Badla. Taapsee was wearing a black top with brick orange pants and a matching cardigan sweater over it. Taapsee will be seen starring opposite Amitabh Bachchan in the thriller film Badla. 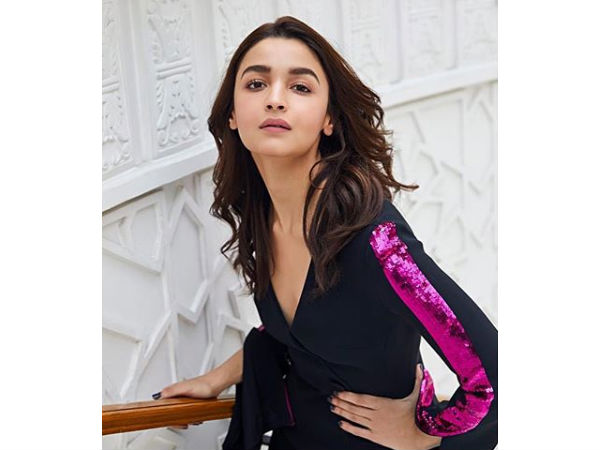 MOST READ: Alia Bhatt On Nepotism In Bollywood: It Exists But Actors Can't Get By Without Working Hard