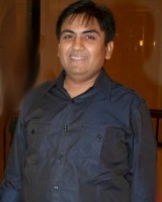 Dilip Joshi is a well-known Indian film and television actor. He has appeared in a number of tele-serials as well as films. He is also a noted actor in the Gujarati theatre circuit, appearing in successful Gujarati plays such as Bapu Tamey Kamal Kari and Jalsa Karo Jayantilal.