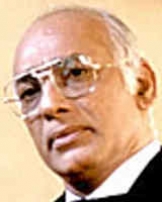 Prathapa Chandran was a Malayalam film actor , who has acted more than 300 movies. He was born n 1941 at Omalloor in Pathanamthitta District, Kerala. He died on December 16th of 2004. Prathapa Chandran studied only up to 9th standard. During his school life he has won lot of prices for fancy dress and others.


His first movie was Viyarppinte Vila in 1962. After that he did some insignificant roles in few other movies and that become a huge flops, he later acting in stage for the troup Kalidasa Kalakendra.

His comeback movie was Adi Sankaracharyar. After that he became active in movies and acted in more than 300 movies , that spanned for four decades. His characters in Oru CBI Diary Kurippu, Manu Uncle, Kottayam Kunjachan, etc. are widely appreciated