Today, several movies and celebrities were honored during the 91st Academy Awards. Oscars 2019 was held at the Dolby theater in Los Angeles, California. The event was held in the absence of a host for the first time in three decades. However, the highly entertaining performances by a few celebrities, hilarious monologues and inspiring speech by winner kept the audience hooked on to their television screens. Therefore, we decided to bring to you few such memorable moments from tonight that you ought to remember from Oscars 2019! For all those who missed watching the show, here's all that happened.

It was truly overwhelming when director Spike Lee said, "The date: the 24th. The month: February, which happens to be the shortest month of the year, which also happens to be Black History Month. The year is 2019. The year is 1619. ... Four-hundred years our ancestors were stolen from Northern Africa and brought to Jamestown, Virginia, enslaved."

The audience cracked up when the comedian trio started their monologue saying, "We're not your hosts, but we'll stand here a little too long so the people who look at USA Today tomorrow will think that we hosted,". Taking a dig at Trump they said, "There is no host tonight, there won't be a popular movie category, and Mexico is not paying for the wall,".

Melissa and Brian showed up in their own costumes. They said, "A rakish tilt to a hat, the drape of fabric just so. Costume designers construct the looks that ground a character to a particular time and place in the subtlest of ways."

Oscars 2019 started off to performance by the surviving members of the Rock band Queen and Adam Lambert. The made the crowd sing along to the songs We Will Rock You and We Are The Champions. Biopic film on Freddie Mercury Bohemian Rhapsody bagged the maximum awards tonight.

When Lady Gaga Won The Award

It was a moment worth remembering when Lady Gaga was honored with Best Original Song for Shallow. She told in her acceptance speech, "This is hard work, I've worked hard for a long time and it's not about winning, but what it's about is not giving up. If you have a dream, fight for it,". 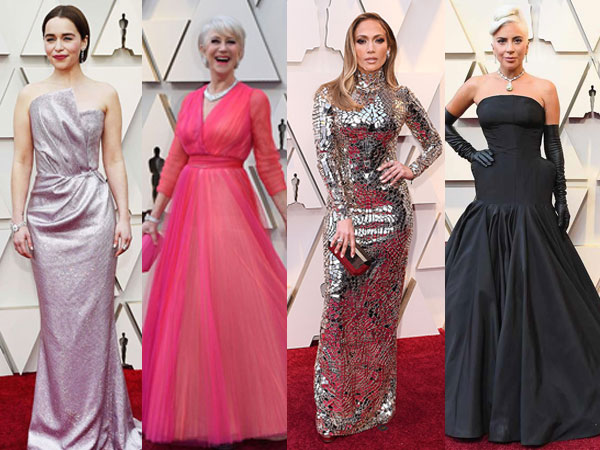