Sivakarthikeyan's Kaaki Sattai has been finally released amidst much hype and expectations and is garnering average to above average reviews from critics. But Sivakarthikeyan fans and general audience haven't waited for any critic review as they have already witnessed the movie first day first show.

Many theatres in the capital city showcased early morning shows and fans made sure to catch one of their favourite star in a cop role as early as possible. In some prominent theatres, tickets have been booked until Sunday and looks like Kaaki Sattai has started on a positive note.

Early reviews from fans came in from distant countries. Many fans took to Twitter and other social media networks to share their thoughts on the movie after viewing the premier shows of Kaaki Sattai and the movie has opened to mixed reviews from fans.

Sometimes, audiences' response and their views about a movie becomes much more important than the critics review as fans' view could differ from that of a critic and might contribute to the movie's success.

So what does the fans think about Sivakarthikeyan's Kaaki Sattai? Has the same old team which dished out Ethir Neechal successfully managed to impress the general audience second time around?

Check out the below slides to know the answer:

Sidhu writes: #KaakiSattai: Selectively entertaining. Siva does a Vijay, bringing you the old wine in a new bottle. A strict one time watch!

Vijay58 Updater said: The #EthirNeechal duo is back with A BANG idhu #KaakiSattai Pori Parakudhe !! :)

Fab Flickz wrote: The #EthirNeechal duo is back with #KaakiSattai. Thou old wine in new bottle, the presentation is too good. 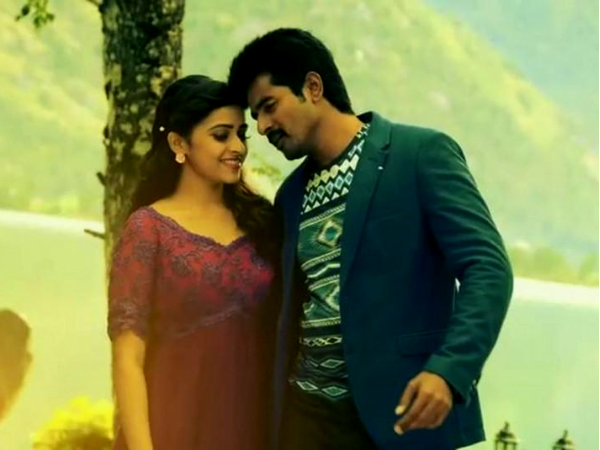