The Dhanush starrer Pakkiri, the Tamil dubbed version of The Extraordinary of The Fakir, hit screens on Friday (June 21, 2019) and received favourable reviews from the target audience. Sadly, the film fell prey to piracy on Day 1 itself and this left everyone in a state of shock. Now, the week's other release Thumbaa has suffered the same fate. In a shocking development, Thumbaa has been leaked online in Tamilrockers and is available for free download.

The leak is a heatless act and is has the potential to affect Thumbaa's box office collections big time, which is quite unfortunate. Tamilrockers has a history of leaking new releases. 2.0, Sarkar and Peranbu are just some films that have suffered due to the notorious gang.

Meanwhile, Thumbaa has clicked with the target audience and created a decent amount of buzz on social media.

#Thumbaa- guaranteed fun ride for kids.Whole theatre is surrounded with kids and the environment get erupted by kids sound. Thanks for this genuine attempt @harishramlh @anirudhofficial @Darshan_Offl @ActDheena @ikeerthipandian. Badly missing Humpty Dumpty song in the main screen

Thumbaa 1st half - Set in the Top Slip forest area, with 3 youngsters being the main characters.. Okish fun so far. The CG created animals are entertaining the kids here in the theater.. 🐯 Thumbaa is the main point of interest. #Pudhusaatam - nice song by @anirudhofficial

A decent entertainer for adults & guaranteed fun ride for kids! Kudos to @harishramlh & team for their genuine attempt on a jungle adventure flick. 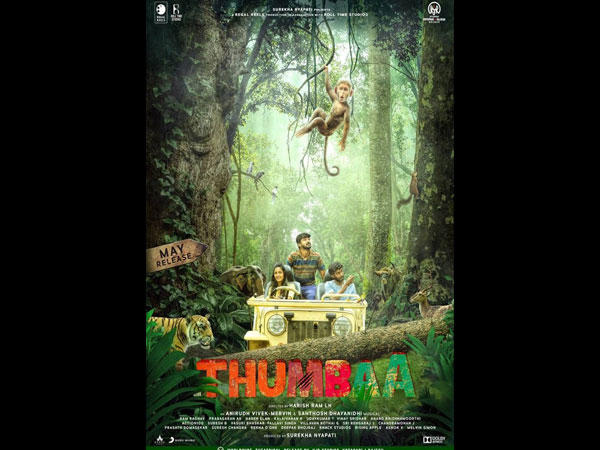