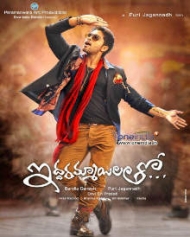 Iddarammayilatho is a romantic musical entertainer in which, Allu Arjun, Amala Paul and Catherine Tresa are playing the main lead roles.

The story is about a guitarist Sanju Reddy (Allu Arjun). He is a lead guitarist for a band based in Spain. Then comes Akanksha (Catherine Tresa), a rich kid of an Indian politician, who comes to Spain for higher studies. She is drawn to this particular dairy in Spain.

The reason for this interest is because of the love-story of the previous owner of this Dairy. The owner being Komali Sankarabharanam(Amala Paul). And yes the love-story is about Sanju and Komali.