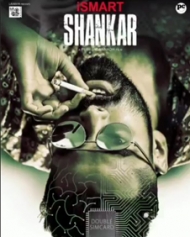 iSmart Shankar revolves around a small-time goon Shankar, who has so far only got some petty works to deal with. But, there comes a situation that could turn his life upside down. What happens rest has been narrated in iSmart Shankar.