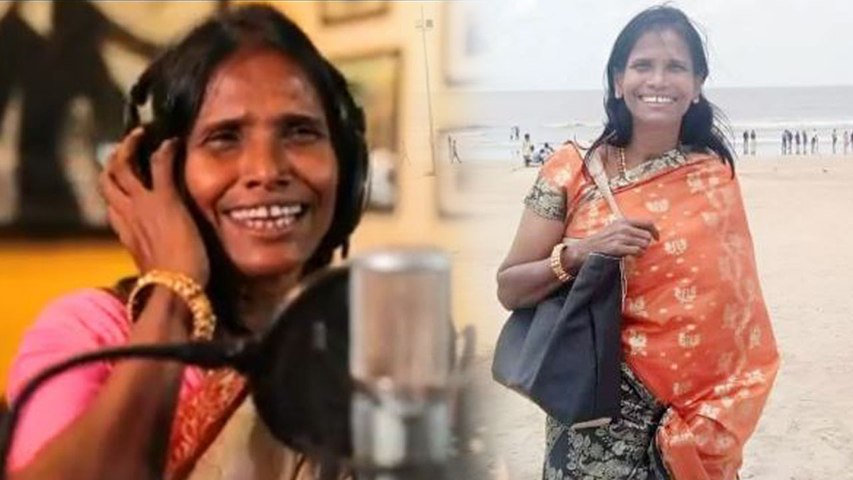 Ranu Mondal's Biopic to be made soon | FilmiBeat

According to media reports, the story of Ranu Mondal, whose life took a dramatic turn after a video of her singing took the internet by storm, is all set for a biopic. Independent filmmaker Hrishikesh Mondal is apparently planning to direct a biopic on the internet sensation.

According to an IANS report, Sudipta Chakraborty, the national Award-winning Bengali actress, has been approached to play the role of the sensational singer in the biopic. The film will be named 'Platform Singer Ranu Mondal'. It is being said that the film will narrate the journey of Ranu from singing at the platforms of Ranaghat railway station to getting to sing Bollywood songs with Himesh Reshammiya.

Sudipta reportedly confirmed that she was approached to play the role. She, however, said that she would okay the role if she finds the script satisfactory.

When the filmmaker met the singer, she apparently told him not to include the parts of her life that might hurt her or remind her of the bitter days of her life. It is being said that the director also met her daughter to get to know Ranu more closely.

As music will be a main aspect of the biopic, singer-composer Sidhu (of Cactus Band fame) has been roped in to compose music for the film.

The biopic, which is bankrolled by Shubhojeet Mondal, will be shot in Ranu Mandol's hometown Ranaghat, Mumbai, and Kolkata. The film is expected to hit the big screens in February next year.