Arbaaz Khan's girlfriend, Giorgia Andriani is ready to step into her acting shoes with a Tamil web series called Karoline Kamakshi. This will be Giorgia's first acting gig, as she is originally a model. This Italian beauty caught our attention ever since she and Arbaaz started to be snapped together frequently, and we eventually got to know that they are dating.

Talking to Mid-Day, Giorgia shared how she auditioned for her role in the Tamil web-series. "I sent a short video [enacting a Hindi scene] to the production house, but since they aren't well-versed with the language, I re-enacted the scene in English. The team then sent me a one-page sequence in Tamil, as part of my audition. I learned the dialogues and the makers loved it," she said.

She even spoke about how it helps to know Arbaaz to get contacts but, ultimately has to depend on her own talent to prove herself. She said, "I have never used his influence to bag work. I won't deny that knowing him helps me get a contact, but in the end, I have to prove myself." According to some reports, Karoline Kamakshi is an action-comedy series about two undercover agents, one Indian and the other French.

After Arbaaz Khan split from his ex-wife Malaika Arora in 2017, he found love again in Giorgia Andriani. The two were spotted out together on date nights and other events, but they did not openly admit to the relationship until very recently. Arbaaz said that he is not 'in a rush' to take the relationship to the next level. The actor is currently shooting for Dabangg 3 with his brother Salman Khan, and is also a co-producer of the movie. 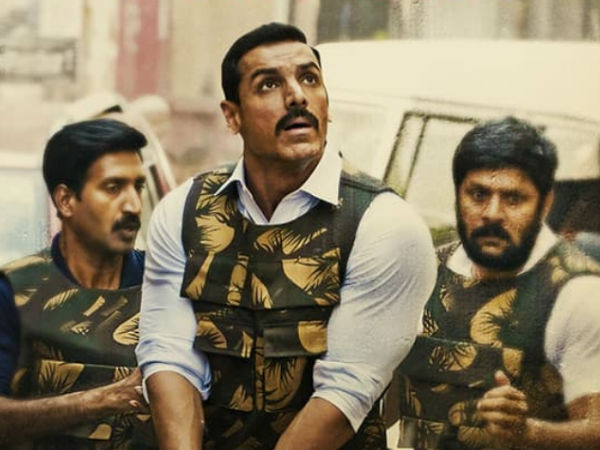 MOST READ: John Abraham Says There Is More To Batla House Than Just A Thrilling Story; Find Out What!