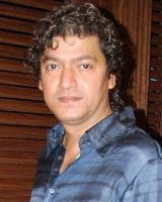 Aadesh wanted to become a doctor, but his passion for music was so strong that he decided to make his career as a composer. He learned to play drums and shifted to Mumbai, where he met Sapan Jagmohan.

He then proceeded to gain a foothold in the industry by playing drums for stalwarts among music directors such as O P Nayyar, Shankar Jaikishan and Salil Choudhary. He...
Read more
Filimography
Celeb News
Aadesh Shrivastav Comments
Bollywood Movies Box Office Collection Updates