Zee Kannada is one of the most watched television channels today. Several top shows such as Sa Ri Ga Ma Pa, Weekend With Ramesh and others are telecast on their platform. Yesterday, the channel held an event to celebrate their 13th anniversary, which was graced by several television celebrities. Snapped at the event were actors from shows such as, Kamli, Paaru, small screen anchors, Weekend With Ramesh host and actor Ramesh Aravind, producer Shruti Naidu and others. Here, we have all the exclusive pictures from Zee Kannada 13th Anniversary, you just can't miss!

Jaggesh and Ramesh have both worked in Sandalwood and television. While Ramesh hosts the chat show Weekend With Ramesh, Jaggesh judges reality shows. Seems like these two stars were catching up at the event.

Spotted at the event together were the anchor Master Anand and Sandalwood actor Vijay Raghavendra. Besides sharing the stage on reality shows, the duo has even participated in Bigg Boss Kannada.

Television would feel incomplete without Shruti Naidu's shows. She can be called the queen of Kannada daily soap. Some of the top rated shows of Zee Kannada are produced by her.

Music composer and song writer, Hamsalekha was also present at the event. He's known for his amazing work of decades in the industry. At the event, he shared the frame with Navarasa Nayaka Jaggesh.

You might have seen many actors from the television show Kamli don a traditional look on-screen. However, at Zee Kannada 13th anniversary, Kamli actresses showed off their sensual attire as they posed for the camera! 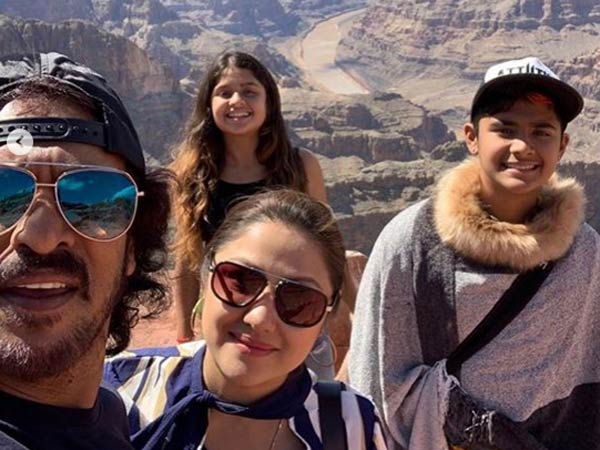 Upendra & Family's Recent American Holiday Is All That The Internet Is Talking About! VIEW PICS