When Rakshit Shetty featured Rashmika Mandanna in Kirik Party, everybody wished to see them together in real life. Such was their chemistry. The fans' dream came true when they made their relationship official by getting engaged in July, 2017. All was fine until Geetha Govindam happened. Soon after an intimate scene from the film leaked, Raskhit's fans began bashing the actress. However, in a telephonic interview with Tv9, Rakshit Shetty has revealed that he had no issues with Rashmika kissing Vijay Devarakonda. Finally, the actual truth behind their breakup has been revealed.

"I know what kind of situation she was in when she had to do it. It is so easy. The whole world comes forward when a girl does something right? Had I been in her place and done the same scene, none would have created an issue. But, when a girl does it, each and everyone wants to comment and judge. This is how the world is now," he told Tv9.

Three days prior to Geetha Govindam's release, Rashmika and Vijay's kissing scene leaked, which went viral. While the fans were mesmerised by the actor's role, Rashmika was subjected to extreme criticism and trolling on social media sites.

Geetha Govindam was a superhit in both Karnataka and Andhra Pradesh. Soon after the film released, rumors began rounds that something was cooking between the lead pair. This got Rakshit Shetty fans furious. The actor had to later intervene to speak for her.

Misunderstanding Between The Two Families

While the film on to gross over Rs 100 crore, the relationship between Rakshit and Rashmika was falling apart. Rakshit Shetty's family was apparently deeply affected by all the reports that were circulating. It's been reported that they questioned Rashmika as to why she agreed to do the kissing scene after getting engaged to Rakshit Shetty.

However, what was happening didn't go well with Rashmika's family. They didn't like how their daughter was being questioned about the choice she made to build her career. This, further, increased the tension between the two families.

Amidst all this, Rashmika and Rakshit still tried saving their relationship. They made a lot of effort to explain to their respective families about the realities of films.

Just when the actors thought things were falling into place, speculations suggested that the couple had called it quits. It's been said that this news of ending their relationship affected the duo.

Another source told Tv9 that Rashmika was deeply affected by all that was said about her personal life. She later discussed with family and decided that she would rather worry about her career than her relationship. Also, she was being offered a film with Jr NTR at the time and a few big projects in Kannada too.

Thus, both Rashmika and Rakshit mutually decided to end their courtship of a year. 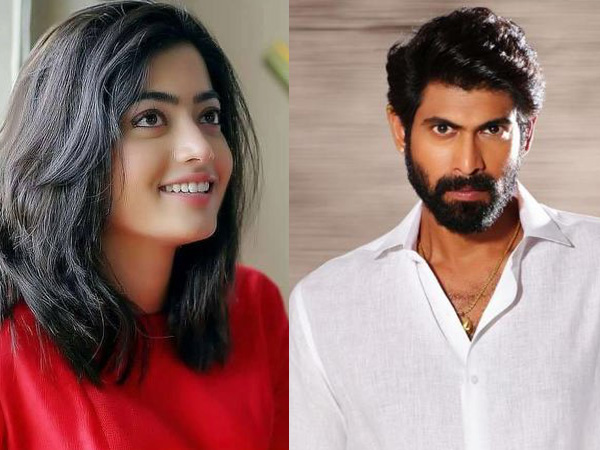