Vijay Fans literally can't keep calm as Thalapathy turns 46 today. To add more to the celebration, the makers of his upcoming venture, Master released the latest poster of the movie at midnight. With shades of yellow, the poster has the actor in the centre in an uber-cool avatar. Captioned "Kolunthungada", the poster has Vijay shaking a leg with a group of men in the background.

The fans have been trending the hashtag #HBDTHALPATHYVIjay to celebrate his big day. Interestingly, Ajith's hashtag #NonpareilThalaAJITH is trending hand in hand with Thalapathy's hashtag. It is to be noted that the birthday hashtag of Vijay has so far garnered 390K tweets while Thala's hashtag has climbed to the top spot with 1.07M tweets. Even though the two big stars of Kollywood maintain a cordial relationship, the rivalry between their fan is a known tale of the town.

On the other hand, during the audio launch of Master, Vijay had stunned the audience by suiting up resembling Ajith's style. The fans of the duo were amazed when the former praised his Nanba (friend) for his dressing style. He mentioned that just like Ajith, he too has come dressed wearing a blazer. The Thala fans were evidently impressed with his revelation and also made the video viral on social media.

Talking about their upcoming project, Vijay is currently waiting to release his Master, directed by Lokesh Kanagaraj. Produced by Xavier Britto under the XB Film Creators in Association with Seven Screen Studio, the highly anticipated movie will feature Vijay Sethupathi, Malavika Mohanan, Nassar, Shanthanu Bhagyaraj, Sriman and Andrea Jeremiah essaying supporting roles. The lens is cranked by Sathyan Sooryan and the film has music composed by Anirudh Ravichander. On the other hand, Ajith's highly anticipated Valimai is reportedly slated to hit the theatres in May 2021. 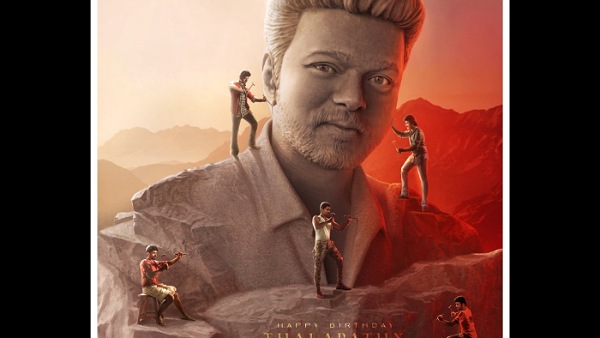 Master: Makers Of Vijay Starrer Release A Unique Poster Ahead Of His 46th Birthday