Thanks to the special press show of Kaaka Muttai, we now have the movie review, as one of our correspondents from Chennai have revealed everything about the movie. Read on to know what the film will have to offer this Friday.

Two brothers live in a small hut in Chennai along with their mother and grandmother. They contribute to their family's daily income as their father is jailed and their mother, played by Iyshwarya, works in different places to earn themselves their daily bread.

When a pizza outlet is constructed in their area, which leads to the destruction of a tree, the boys witness its opening ceremony, which has actor Simbu tasting a slice of Pizza.

The movie then invites you to be a part of its inevitable roller coaster ride as the brothers start collecting money in order to taste their first pizza. What follows will make you laugh, think and leave the theatre with utter satisfaction.

The real life brothers, Vignesh and Ramesh steal the show along with their on-screen mother, Iyshwarya Rajesh, who has come up with her best performance till date.

Supporting actors like the kids' grandmother and the person who helps the boys collect charcoal at the railway tracks, to name a few, have delivered the goods.

Comedians Ramesh Thilak and Babu Antony have succeeded in making the audience laugh at regular intervals even as the director effortlessly chips in with meaningful messages.

Kaaka Muttai is packed with technical brilliance. Kudos to the debutant director who has not only made the screenplay enjoyable and interesting at the same time but also makes sure he exposes some of the most common issues we face today with beautiful cinematic metaphors.

Manikandan(director) has also handled the camera and brings in front of you some lively shots, carefully picturized to help the film narrate its story.

Editing by the late Kishore Te is up to the mark as well as he has kept the run time in check and also has made the entire film intriguing with his sharp cuts.

GV Prakash comes up with a soul-stirring BGM to elevate the overall feel of the film. Sound mixing and re-recording are top-notch as well.

Is it possible to entertain the audience while hitting them hard with subtle messages? Is it possible to satisfy both critics and commercial movie lovers to the fullest at the same time? Kaaka Muttai achieves exactly these. It's not everyday you come across movies like Kaaka Muttai, for it is rare. 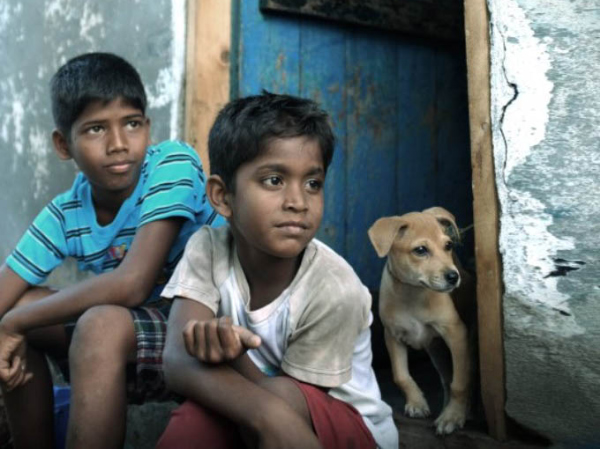