Jasmin Bhasin is one of the popular actresses in the Indian TV industry. Ever since she made her television debut with the show Tashan-e-Ishq, the actress has been winning hearts with her cute personality and amazing screen presence. Jasmin has featured in several TV shows. She even found love in TV actor Aly Goni. They have been dating each other for quite a long time now, and are looking forward to taking their relationship to the next level. 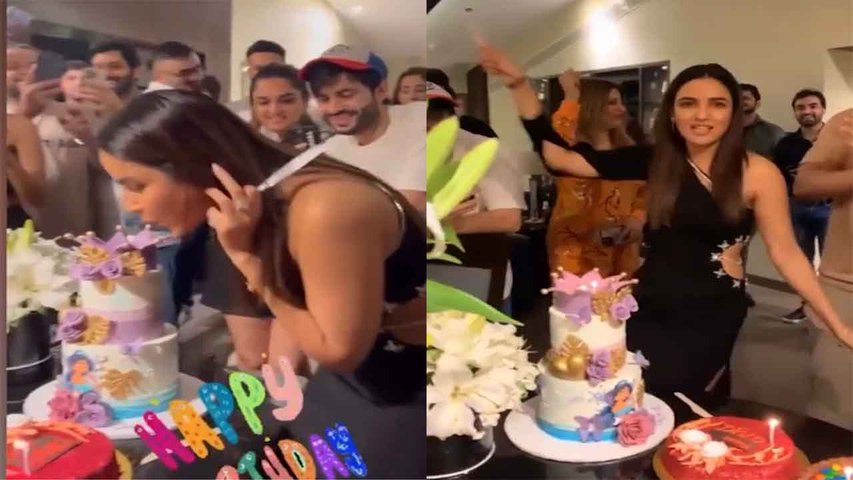 Recently, in an interview with Pinkvilla, Jasmin Bhasin opened up about her journey in the showbiz and recalled her first day in Mumbai, which turned out to be a traumatic one for her. The Dil Se Dil Tak actress said, "I remember the first day when I came to Mumbai, I had nothing. I was living in a PG in an old building on Juhu Tara Road, which didn't have a lift. So I decided to go to Nature's Basket, which used to be in Juhu and get something to eat. But I twisted my leg, experienced a blackout for a few seconds, and realised that my ankle is gone. This was my first day (in Mumbai), and I knew nobody."

After that, she tried to walk for a while assuming that it might just be a sprain. Unfortunately, her leg injury got even more worse and she requested one rickshaw driver to take her to the nearby hospital. "He was a very nice guy, he took me there, got my X-ray done, and got me plastered. Later I was sitting on the stairs (of my building), crying, and wondering who would take me upstairs. My house was on the third floor, how do I go up? I was just sitting, crying, and realised, 'My God, this city is going to be very tough. It's going to be full of struggle and you are by yourself completely'," Jasmin added.


We must say, it was quite a traumatic day for her. Hence, Jasmin Bhasin feels blessed to have many people close to her right now. Talking about her career, Jasmin has worked in shows such as Khatron Ke Khiladi 9, Dil Toh Happy Hai Ji, Naagin 4, Khatron Ke Khiladi- Made In India, Bigg Boss 14 and so on. She is all set to make her Punjabi debut with the film Honeymoon.