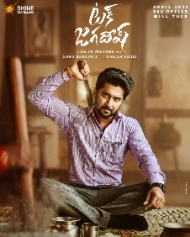 Tuck Jagadish is a romantic family entertainer movie directed by Ninnu Kori and Majili fame Shiva Nirvana and produced by Sahu Garapati and Harish Peddi. The movie cast includes Nani, Ritu Varma and Aishwarya Rajesh are played the main lead roles while Thaman S scored music.
Story
In a village called Bhudevipuram, Aadhiseshu Naidu (Nassar) dreams of seeing his village without any land disputes and he has two sons, Bose Babu (Jagapati Babu) and Jagdish Naidu alias Tuck Jagdish (Nani). If Bose Babu is crazy about property and money but Tuck Jagdish is aiming to look good with people the best values. While Adishesh Naidu dies, he tells Bose Babu to distribute equal shares in the property to the children of his two wives. But Bose Babu conspires to seize the property with selfishness. Under such circumstances Tuck Jagdish comes to his own village as new M.R.O (Mandal Revenue Officer).
How why did Jagdish Naidu get the name of Tuck Jagdish? Why did Tuck Jagdish come to his own village Bhudevipura as MRO? How he changed his selfish brother Bose Babu. How did he save his niece Chandrama (Aishwarya Rajesh) who could not bear the domestic violence inflicted by her husband (Thiruveer)? How did Bose babu distributed the property to his two older sisters Kumarakka (Rohini) and Ganga Bhavani (Devadarshini). How did Bhudevipuram become a land without land disputes? Tuck Jagdish movie is the answer to all the questions.
Release Date
Tuck Jagadish released directly on Amazon Prime Videos on September 10, 2021.