Rudhramadevi is the most awaited and anticipated movie of Tollywood. It is the first periodical 3D movie ever in history of Indian cinema. The movie is directed and produced by Gunasekhar under the banner of Guna Team Works. According to the latest reports, the filmmakers are planning to release the trailer of the movie for Sankranthi.

After Arundhati, Anushka Shetty is making a comeback to periodical role through the magnum opus Rudhramadevi. Along with the Arundhati star, Rana Daggubatti is playing the lead role in the movie. The movie is making news from the day it has been launched and the first look posters of each character has amazed the audience. Recenlty, Anushka Shetty's regal look was released in which she appears extremely elegant and beautiful.

Rudhramadevi is the second movie after Jodhaa Akbar, to use include such rich and costly ornaments designed by NAC Jewellers. It was earlier reported that, the movie was a Sankranthi treat of all Anushka's fans, but due to pending post-production work the filmmakers are now releasing the trailer of the movie as a Sankranthi gift.

Gunasekhar has bounded in many talented actors like Prakash Raj, late Ahuti Prasad, Aditi Chenngappa, Krisham Raju, Baba Sehgal, Nithya Menon and others in the supporting characters. Interestingly, Allu Arjun will also be seen in the movie playing a cameo role as Gona Ganna Reddy.

Musical maestro Ilaiyaraaja is composing the music to the periodical movie and the movie will be simultaneously be released in Telugu and Tamil. 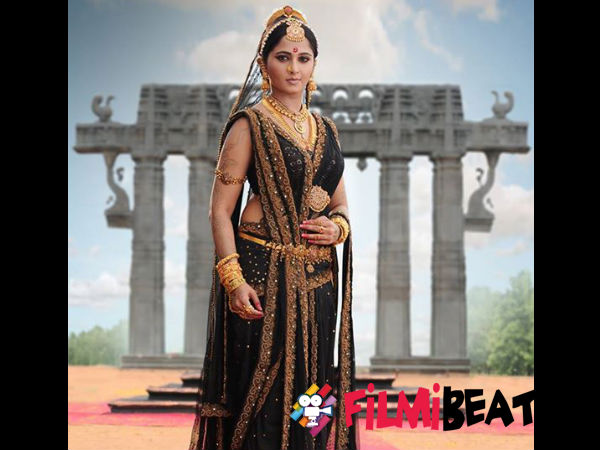