This week sees the release of Shelly Chopra Dhar's directorial debut 'Ek Ladki Ko Dekha Toh Aisa Laga' which brings the real life father-daughter duo Anil Kapoor and Sonam Kapoor together on the celluloid for the first time. The film boosts of an impressive star-cast which also includes Rajkummar Rao and Juhi Chawla.

Ek Ladki Ko Dekha Toh Aisa Laga promises the most unexpected romance of this season and has got the audience curious with its unconventional plot. Will the film succeed in wooing the audience? Let's find out here-

Trade analyst Girish Johar told Indian Express, "Ek Ladki Ko Dekha Toh Aisa Laga is a niche, high-end romantic drama with a twist. Now it remains to be seen if the audience will accept this twist or not. With a limited release, it will probably earn around Rs 2.5-3 crore on the day of its release."

And, it is coming from Vidhu Vinod Chopra, so I expect it to have quality content. It is looking quite decent but again the performance on the first weekend will be based entirely on word of mouth."

ELDKTAL Has The Potential To Lead The Weekend

The Anil Kapoor starrer will be the first choice of the audience. Uri is also going strong and people are going into repeat mode with it, so it all depends on how Ek Ladki Ko Dekha Toh Aisa Laga start off in the theaters.

It has the potential to lead over the weekend but if it doesn't match up to the standards then definitely other films will take over," added Johar.

A Hindustan Times report quoted film distributor Akshaye Rathi as saying, "We are living in a time when the most unconventional subjects are bringing great numbers but the subject really needs to entertain the audience.

An elderly couple having a baby in Badhaai Ho is as unconventional a subject as homosexuality. If Ek Ladki Ko Dekha Toh Aisa Laga has that entertainment value than it can do great business as well. It is a subject driven film and may gently rise at the box office amid positive word of mouth." 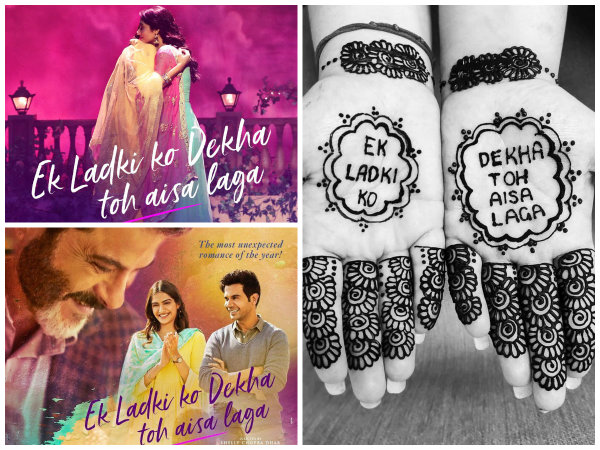