Sonam Kapoor's latest movie Ek Ladki Ko Dekha Toh Aisa Laga has been the breath of fresh air in the type of movies made in mainstream Bollywood. The movie depicts a story about same sex love, in which Sonam Kapoor plays a lesbian who has to face the difficulty of her family and society accept her the way she is. The movie, with its staunch message and wonderful acting by Sonam and Anil Kapoor, has been receiving mixed reviews from critics but the audiences have fallen in love with the movie.

When Sonam Kapoor got talking to Kareena Kapoor Khan on her radio chat show, What Women Want, the two explored the topic of the representation of homosexuality in movies and what the narrative usually revolves around. Sonam and Kareena spoke through a video conference on the chat show.

Kareena Asked Sonam If She Draws Inspiration From Her Real Life

Kareena Kapoor asked Sonam if her own real life views helped her draw inspiration for the portrayal of her character in the movie, Sonam said, "I don't know if I draw inspiration from my life, but I do have a very overactive imagination. So my imagination helps in drawing for the character. Emotionally, yes I can draw from something sad or something happy or something intense that has happened in my life. But I don't know about characteristics."

'Films Are Reflection Of What's Going On In The Society'

Sonam was also questioned about why it is that there is no adequate representation of homosexuality in Bollywood movies, to which she said, "Society in general likes to control who women or men love. Who they want to love, and who they can love. Whether it is different ethnicities, whether it is different sexualities, or an age barrier.. You know, they are ageist, sexist and homophobic and you just want to control it. So I think when there is a little bit of a conflict in a story, it just adds something to it and film and art is just a reflection of what's going on in the society."

'When You See The Film You'll See The Progression'

The film's title is picked up from a song which has a totally different meaning to it. When asked to comment about this, Sonam said, "When you see the film you'll see the progression and see how we have changed in terms of content and relationships and in terms of everything, and for me to do this, it was RD Burmans last album, and my father's much loved song, it is incredible, it is also telling waht it is supposed to be and working on it with my father is the cherry on the cake."

'People Need To Understand That Sexuality Is Something You're Born With'

"People need to understand that sexuality is something you're born with, whether you like a man or a woman, or you want to be a man or woman. And hopefully, with section 377 being revoked, homosexuality isn't looked as a crime but that stigma needs to go and that is a long time coming," Sonam added. 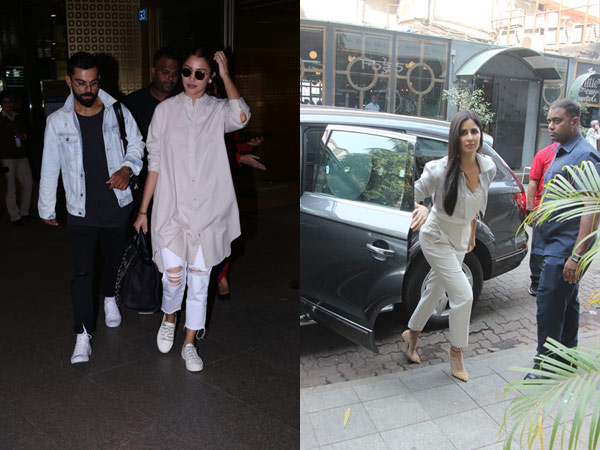