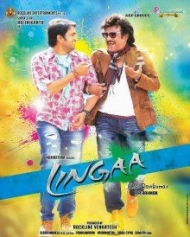 Earlier, the film was expected to be a Diwali release. But the makers confirmed that the movie would be released on 12 December 2014, coinciding with Rajinikanth's birthday, which Rajinikanth also confirmed.
The first look motion poster of the film would be released on Ganesh Chaturthi (29 August 2014). The movie gets U certificate from censor board on Nov 25th, 2014.

Eros International acquires worldwide rights of Superstar Rajinikanth's Lingaa. Eros will release Lingaa worldwide in Tamil, Telugu and Hindi amongst other languages this...