On December 27, Salman Khan received his 'best birthday gift' in the form of a beautiful baby niece. Arpita Khan Sharma and Aayush Sharma welcomed their second child, Ayat into the world. Salman's brother-in-law, Aayush has revealed that it was a conscious decision to have Ayat and Salman share the same birthday.

Aayush told Hindustan Times, "The due date was last week of December or first week of January. When we told this to everyone, Bhai (as Salman is lovingly called) was excited and said 'give me a gift'. So, it was a conscious decision to bring Ayat into this world on that day. It is a very good omen to have her on Bhai's birthday... Also, it saves me from giving multiple parties! Arpita has a habit of throwing lavish parties, so I was anyway thinking how much I've got to earn to celebrate hers, mine, Ahil's (three year old son) and Ayat's birthdays."

"Now, we all can go to the farmhouse, where on one side, we can celebrate Bhai's birthday and the other side can be booked for the kid's party," he added.

Aayush is ecstatic over the birth of a daughter. He claims he is already beginning to feel overprotective about Ayat having male friends. While Arpita says there is still 14 to 15 years left for that stage to come, Aayush feels he should start bulking up to be a big, strong father. 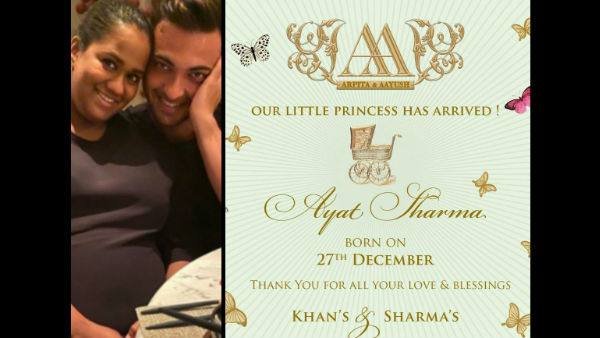 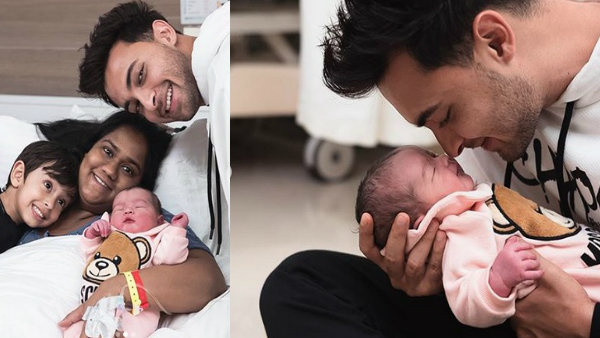