The International Society for Krishna Consciousness (ISKCON) has filed a police complaint against the comedian Surleen Kaur and entertainment company Shemaroo, for the comedian's derogatory comments against Hinduism. They have also rejected Shemaroo's unconditional apology to the ISKCON community.

Shemaroo first issued an apology through Twitter and took down the video from their website as well as YouTube channel. The company also lauded the community for its "spiritual and social services that have benefited thousands across the country", and ISKCON's contribution amid the COVID-19 crisis. Yesterday, the company also announced that it has disassociated itself with Surleen Kaur and Balraj Syal, stating that they have 'failed to meet their standards of public decency'.

ISKCON's vice president and spokesperson Radharaman Das responded to the company's tweet saying that they 'do not accept the apology' and will continue with the legal action. "We don't accept your apology @ShemarooEnt . We will proceed legally against you, @BalrajSyal & Surleen Kaur. This has become a trend to demean Sanatan Dharma. No more. We will make an example out of this nonsense. Enough is enough," the tweet read.

Earlier, Radharaman Das tweeted a copy of the letter he wrote to the Commissioner of Mumbai Police. The letter was a request to register an FIR against the comedian and Shemaroo Entertainment Ltd over defamatory language towards ISKCON community and Hinduism. In the letter, he wrote, "This is highly objectionable and defamatory and it has caused great pain to the followers of Sanatan Dharma, Hindus and ISKCON worldwide devotees."

"There is a hidden propaganda and conspiracy to defame Sanatan Dharma, our Rishi Munis so that the youths can be easily manipulated. Through app's like Tik-Tok etc the focus of the foreign power's is to destroy the character of the masses so that country can be easily controlled and destroyed," Das added. 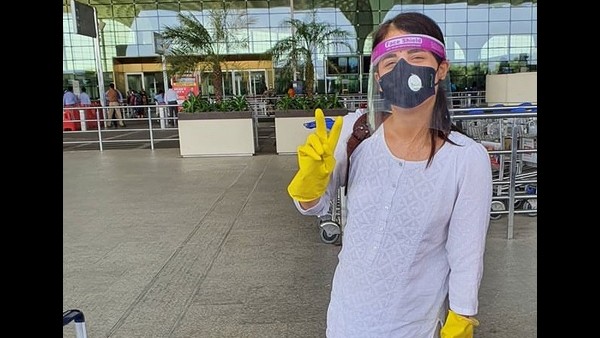 Radhika Madan On Her Flight Journey To Delhi Amid COVID-19: It Was A Scene Out Of Apocalyptic Film