Plastic Surgery is rather a secret in the showbiz industry. Most of the stars hesitate to talk about it. But, these Hollywood celebrities who have had breast implants are open about it.

Celebrities go mute when you ask them if they've ever gone under the knife to get what they've wanted. Only a few of them like the ones mentioned below have the courage to talk about it:

Miley Cyrus admitted to having got breast implants saying she 'felt like a boy' without it.

The actress has never hid the fact that she got breast implants after undergoing a preventative double mastectomy.

When the Australian rapper was questioned about her breast implants she said, she 'wasn't into secret keeping'.

The 'Big Bang Theory' star has admitted to getting a boob job at the age of 18 and it absolutely suits her.

Kate presented herself with a breast implant surgery on her 31st birthday.

The 'Spice Girls' member, who had got breast augmentation to enhance her boobs, got rid of them later as she got bored of large breasts.

The actress Demi Moore accepted that she got breast implants for her movie 'Striptease'. But, she got them removed later after the movie.

It was openly revealed on the show 'Keeping Up With The Kardashian' that Kris Jenner went under the knife twice to get larger breasts.

The singer and actress Dolly Patron has always been open about her breast implants. She says she very happy with he enlarged breasts. Well, none could carry it better than Dolly for sure.

In a industry such as Hollywood, where everything surrounds around one's physical appearance, it is very important to look extremely appealing. One wouldn't mind putting their body through hell to achieve that.

Young celebrities like Kylie Jenner are influenced by the idea of going under the knife. She has changed drastically in the past years, but has only admitted to getting lip fillers.

Rumours hold that she's even got but and boob implants. Though, Kylie never mentioned her but job, she once spoke about enlarging her breasts by using a certain kind of a bra and not going under the knife.

Kendall on the other end, Kylie's own sister, who is also a Victoria's Secret model believes that everybody's beautiful and her sisters are unnecessarily worried about plastic surgeries.

Another actress from Hollywood who doesn't really care about being a conventional sexy looking person is the comedian and actress Amy Schumer.

She has always made fun of the herself and the people who think of nothing but looking tones and slender to impress the people within the industry. 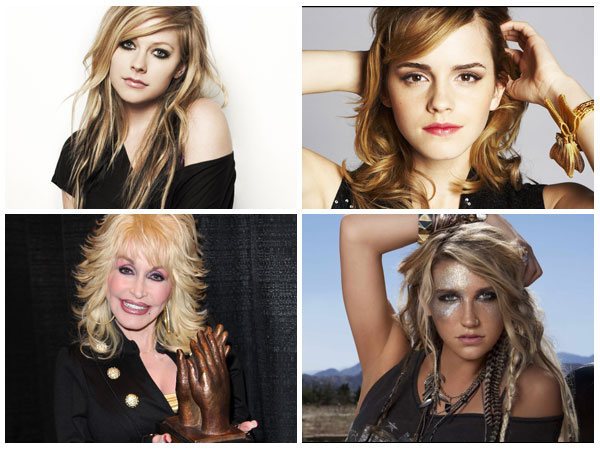 Whao! These Celebrities Received The Most Strange Presents From Their Fans!