A movie called Frozen would evoke ideas of a snowy landscape and icy winters. Though the first movie takes place in summertime, Elsa, unable to control her powers, plunges Arendelle into an eternal winter. So, the 'Frozen' title was befitting due to Elsa's icy powers, and it stuck. The sequel is rooted in change and renewal, and hence, the backdrop of autumn suited the film.

Production designer Michael Giaimo embraced the idea of autumn for this movie. "Anna and Elsa go on very specific journeys in Frozen 2 and they both grow and mature in the process," says Giaimo. "Little by little they each peel back layers, revealing more and more depth and dimension in these characters. For me, that meant removing the layers of snow and getting down into the earth."

The undercurrent of change flows through the entire movie and is introduced very early with Queen Iduna, Elsa and Anna's mother, singing a haunting lullaby 'All is Found' that tells them of a river that has all the answers. To find something you may have to lose something, and in this case, the two sisters must lose the security of their togetherness and the comfort of their home to seek the answers to the questions that have always troubled Elsa.

Anna, who is devoted to her sister, is determined to follow Elsa, even though it means losing everything she had ever wanted. At the end of the first movie, we see that Anna's world is complete. She has her dear sister, a motley family, her kingdom and all is well. She wouldn't change a thing about it and we see that reflected in a song she sings to comfort Olaf, the snowman. The song 'Some Things Never Change' introduces the idea of change to the movie, and despite its title, it promises that change is on the horizon. 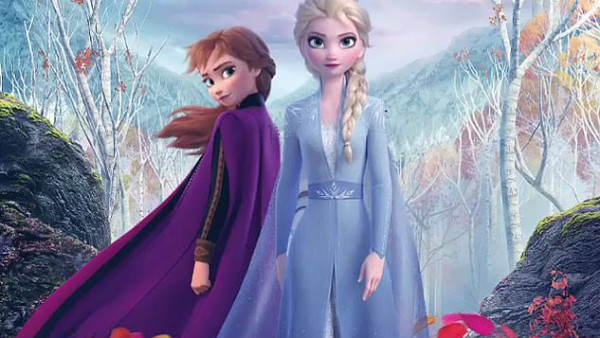