Unlike most of his contemporaries, Aditya Roy Kapur prefers to maintain a low-profile, only to surface in public when a film's release is around the corner. After abstaining from social media for a long time, the lad finally joined Instagram last year. But there too, the actor gives a limited access to his life. When quizzed about it, Aditya candidly confesses, "I like to disconnect. I think I like to have different aspects to my life. I don't know if I can be a public persona all the time. I need to be distant from it. It can be too much for me."

Before his upcoming film, Malang hits the big screens this Friday (February 7, 2020), the actor settles for a quick chat with Filmibeat.

Excerpts from our conversation with the handsome hunk.

'My Close Friends Always Told Me To Explore Action Space'

Q. You are reuniting with Mohit Suri and Mahesh Bhatt for Malang and Sadak 2 respectively. How do you look at your professional phase now?

A. I am excited to be working. Bhatt Saab (Mahesh Bhatt) was involved in the process of Aashiqui 2. But being directed by him was an whole different thing altogether. It was a lovely experience.

With Mohit (Suri), It's been six years since we did a film together. When we were discussing about Malang, we were very clear about not repeating ourselves. We had done a love story which resonated so much that he felt that we should be doing something different if we planned to work together. He wanted to explore the action space with me.

Because I have done romantic films, people started approaching me only for that. Mohit sees me in a different way; sometimes in a way which I too don't see myself. He felt that I could pull off Malang. I too, felt the same way. I have grown up watching action films.

As a kid, I used to make my father practice karate with me. Later in life, I got exposed to good cinema. But somewhere, that has always been in my blood to do. My close friends always told me to explore the action space since I have the physicality.

Q. Have you seen any changes in Mohit (Suri) when it comes to the film-making process?

A. He is the same. His emotional radar is still as strong as ever. He is still a hard-working guy who is obsessed by his films. Of course, he has more experience now. But, he still has the same passion. He is young but, he's a very senior director. He has made some 12-13 films but, he still has the same exuberance. I think films are his life. Of course, he has two kids now and that has enriched his life.

Q. Malang is very different from your past films. What was your reaction when you read the script for the first time?

A. I have been involved with this film right from the time Mohit had an idea. He narrated it to me and we both felt that we should develop it. I have been a part of this process since Malang was in its nascent stages. We started writing the film and getting people on board. We began to develop the characters. I and Mohit realized that we partied together some 12-14 years ago in a rave in Goa. We never knew that we were both there at that time. So, we decided to set our film in that world which exists but hasn't been explored yet.

The other writers of our film hadn't experienced that. So, we wrote for a while in Mumbai and then, we all went to Goa to spend some time there. We took them to those places and showed them the life that I had lived in my teens for quite a while. Goa was a huge part of my life. I used to visit there 4-5 times a year and just spend weeks there. I have a strong connection to that place. So, I am very close to this film. Aseem (Arora) took all of that and wrote a beautiful script.

Q. How tough was the physical transformation for you for Malang?

A. Malang has been extremely physically-demanding. It was tough for me to shoot the portions where I am lean. You get to eat very little food and you are shooting tough schedules in the sun but we need to look good. I had to follow a rigorous diet. Normally during transformation, you put on muscle for which you need at least 8-12 weeks. I had never done this before. It was tougher than losing fat.

I had less than two weeks. While shooting the end of the young portions, I had to slowly start building muscles. But, Mohit was very clear that he wouldn't shoot the film if I don't build my physique (laughs). I had to work on the transformation to convince the audience that I could beat up people on screen. I treated it as if I am in the army and doing Commando course and not a film. Once you change the perspective and treat it as life-or-death situation, you bring out the best in you and somehow, I must pat myself on the back. (laughs)

'After A While, I Honestly Started Making Peace With The Sabbatical'

Q. What was your mind space like when you took a sabbatical before Kalank?

A. That was a while ago. I have never been able to bring myself to do something which I am not cent percent convinced. It's not that things were not coming my way. It's just that I wasn't feeling excited to do it. Films are all about giving your hundred percent. After a while, I honestly started making peace with the sabbatical. It was something which I had never planned. It's just that it became a sabbatical.

As an actor when you know you have something to prepare for, a switch inside you is always turned on. But once that was off, I started exploring other parts of life. I enjoyed other things. It was a growth process for me.

When I finally went on the sets after a two-year gap for Kalank, I realized that I was approaching acting differently. I was doing things differently from how I did earlier. I was feeling differently in front of the camera. Maybe because I had changed and grown as a person. I took it in my stride.

2019 was a lovely year for me. I didn't realize how it came and went. I wrapped three films back-to-back. I was crazy busy. It was like an antithesis to the sabbatical. I thoroughly enjoyed that as well. I have realized that no one knows what's going to work and what isn't. You should keep working if you like working. I love being on sets. The best part of this profession is that for me. That's the only thing I am passionate about. If I am not getting myself to do that then, what am I doing?

I was lucky that I got an opportunity to work with Anurag Basu and Mahesh Bhatt. These are the things that you can't let go off. The right things came my way. The stars aligned. I want to be more busy. I am happy that I am going to have three releases in six months.

Q. Do you plan to take breaks between films?

A. No, I don't think so. But, I think it's healthy to take breaks. I don't know if it's too good for me as an actor to be very busy. It's important to recuperate, come back and bring something new. I don't want to develop a bag of ticks that I keep reaching into and repeating myself. As an actor, you can end up repeating yourself and that's a trap. I don't want to fall into that.

'When It Comes To Failures, It's Important To Feel What You Have To Feel & Not Brush It Under The Carpet'

Q. Did the sabbatical and the failure of Kalank mature you as a person?

A. I think you do grow from your failures. It's important to feel what you have to feel and not brush it under the carpet. We all give so much to a film. If it doesn't resonate, it can be upsetting. But, you just need to keep moving. It was really nice for me that Kalank released and the next day, I was on the sets working again. I didn't get the time to think about it. That was good.

Q. The roles which you have done so far in your films have had a great emotional curve. Not many actors are completely okay with opening up their vulnerable side on screen. How comfortable have you been to be able to play those characters. Also, do they help you to grow or change as a person?

A. I think it's a part of the profession where you have to be vulnerable and transparent. It's never been something for me like I don't want to show a side of me. I think you rationalize it by saying that's not me but the character.

When I did Kalank, I found that my character in the film was such a good, principle person that it made me think and understand myself better. So yes, it happens. But somewhere, in an unconscious way. It doesn't happen in a way where you decide to imbibe something from a character.

'I Hope That After Doing Years Of Films, I Have Half Of The Exuberance & Energy That Anil Kapoor Has'

Q. How was it working with the youngest superstar on the sets, Mr Anil Kapoor?

A. (laughs) He's got so much potential. I am sure he's going to have a long career ahead. (jokes) His energy is infectious. His approach towards his work is interesting. He is excited to do a good job and do justice to a film. Even after working for so many years, he still approaches every project with this kind of active madness which is amazing. I hope that after doing many years of films, I have half of the exuberance, energy and wide-eye that he has. He looks at everyone like there's something to learn from them.

On the first day on the sets, he asked me what I eat. I told him my diet plan. Three days later when he visited the sets, he told me that he was following my diet plan. I was like, 'Sir, you can't be on my diet. I am consuming 1500 calories a day. You will disappear. That's too less for you." He replied, "No, I am feeling very good and energetic." (mimics Anil Kapoor).

He says that he works with young people and wants to learn from them. The ability to see the niceness and something special in someone else is a great ability to have. He wants to keep learning. Another quality of him is that despite his seniority, he encourages the director to tell him the truth. He wants to the director to direct him and he makes everyone at ease. There's just too much to learn from him.

Q. You are reuniting with Mohit Suri after Aashiqui 2 which was a huge blockbuster success. Does that bring in pressure as well?

A. Yes. There's pressure which builds before any film. You put in so much. Everyone wants it to be loved and do well. But now, with doing more and more films, I am finding that I am getting better when it comes to dealing with this kind of pressure. There are very limited things which are in your hands. What's actually our job is done. We just need to be able to speak about it well. In a way, promoting films is good because it distracts you from constantly thinking about what's going to happen. It's good to be busy. 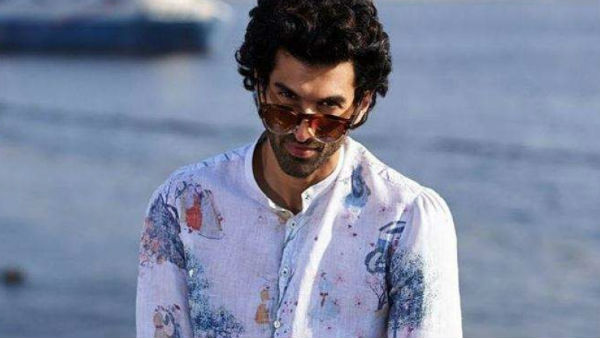 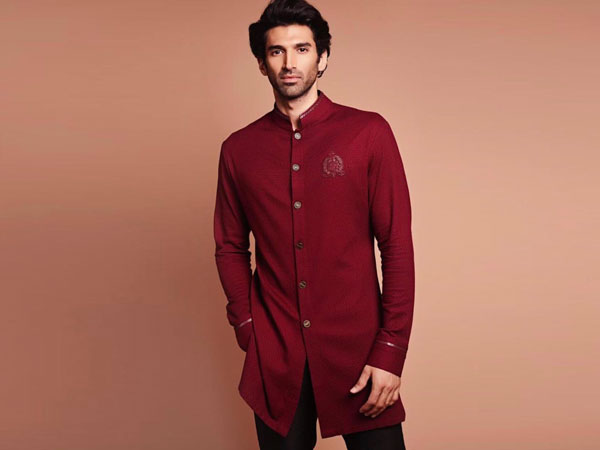 Aditya Roy Kapur: One Can't Have A Road Map As An Actor