First mention goes to Vinay Rajkumar's Siddhartha(January, 2015). Popularly known as Mega Powerstar of KFI, Vinay is the third generation actor from Rajkumar family. From his very first movie, Vinay has won the hearts of Kannada audiences. Siddhartha was a massive hit at the box office which completed 50 days at the theatres. 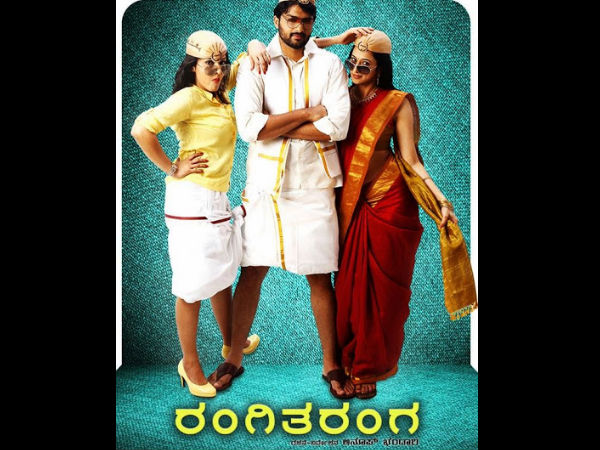 After Siddhartha, yet another movie from Rajkumar family was released. It was Puneeth Rajkumar's Mythri(February,2015). Though Mythri was a bridge movie, it stole the audience heart for portraying social problem as the story-line of the movie. Mythri was also a blockbuster.

Later in March, Krishna Leela - from the duo Shashank and Ajai Rao, was released as a treat for Ugadi festival. The perfect family entertainer recently completed its 100 days at the theatres and it is still continuing its successful run.

In April, Puneeth Rajkumar's Rana Vikrama hit the theatres and collected whopping amount at the box office. We also have few more movies like Ranna, Vajrakaya, Ganapa and RangiTaranga which are doing good business at the box office.

Read more about best Kannada movie of 2015 in the slides...

Siddhartha was the debut movie of Vinay Rajkumar. The Mega Powerstar of KFI was best at his performance. He stole the show along with Apporva, who also made her debut in Kannada film industry. Siddhartha has completed 50 days at the theatres.

Directed by BM Giriraj, Mythri was a bridge movie. The movie depicted an interesting story-line about the life of juveniles. Kannada audience was impressed with the movie and it was successful hit movie at the theatres.

Krishna Leela is the first movie of 2015, which has completed its 100 days at the theatres. Directed by Shashank, hero Ajai Rao himself produced this family entertainer which was loved by the cinelovers.

Pawan Wadeyar's Rana Vikrama is yet another movie of 2015 which has completed its 50 days at theatres and still continuing its firm business. The action movie starred Powerstar Puneeth Rajkumar, Adha Sharma and Anjali in the lead roles.

Ranna, the official remake of Attarintiki Daredi is one of the blockbusters of Sudeep in 2015. Though, Ranna is a remake movie, the film has made record breaking collections at the box office.

Harsha's Vajrakaya recently completed 50 days at the theatres. Produced by CR Manohar, Vajrakaya is the much awaited hit movie for Shivarajkumar. The movie was released on June 12 and it is still running successfully at the theatres.

Ganapa was released on June 26. Andhu Kariya, Indhu Ganapa is the tag line of the movie which has impressive the Kannada audience. The action entertainer has continued its average business at the theatres.

Going with the positive reports from both critics and audiences, RangiTaranga will also be a blockbuster of 2015. Directed by debut director Anup Bhandari, RangiTaranga is a mysterious romantic entertainer released on last friday, July 3.