After completing 25 movies in Sandalwood, Ganesh is gearing up for his first release in 2016, through 'Style King' . Directed by Romeo and Arjuna fame PC Shekar, the film stars Golden Star Ganesh & debutant Remya Nambeesan in lead roles.

For the first time actors Ganesh and Remya have paired for the movie which eventually portrays love, action and comedy. The closed sources say that, comedy time fame Ganesh will be seen in two different shades in the movie.

The film-makers have released the official trailer of the movie which certainly hints that, Ganesh's next will be a mixture of love, action and comedy.

The main highlight of the 2:40 minutes trailer is Ganesh's stylish makeover. The actor granbs audiences attention through his huge makeover as an action hero for the movie. 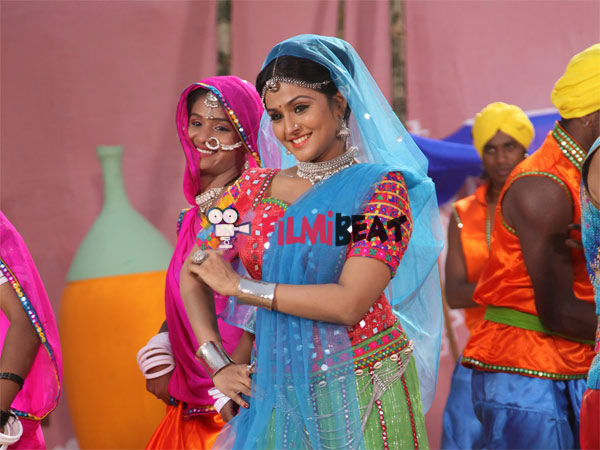 Also Read: EXCLUSIVE: 'My Launch Is In The Right Track', Remya Nambeesan

The Romeo actor saw a moderate success through his 25th movie Buguri in 2015, which portrayed a triangular love story between lead roles Richa Panai, Erica Fernandes and himself. Will Style King give a break to Ganesh? Let's wait to know...