As the Lok Sabha elections are nearing, the political scenario in Karnataka is showcasing its various shades. It all started when actress and wife of late Rebel Star Ambareesh announced that she would be contesting as an independent candidate from Mandya. Later, when Karnataka CM HD Kumaraswamy's son and actor Nikhil Kumar also decided to contest from the same region, the tension between the two parties intensified. Kumaraswamy and other politicians even expressed disappointment at the fact that Darshan and Yash are supporting Sumalatha. Following this, one of Darshan' fans was targeted for using the actor's picture behind his auto rickshaw! D Boss fans are now seeking justice as the political drama gets ugly!

Darshan's die-hard fan, Santhosh had stuck a picture of the actor with 'D Boss' written on it, behind his auto rickshaw. Upon seeing this, a few miscreants stole the hind wheels of the vehicle during the night. The victim resides in KR Pete, Bangalore.

Seeking justice against this unreasonable act, auto drivers and owners have approached the police. More than 50 representatives have requested cops to arrest the culprits immediately. The incident occurred only a day after the Chief Minister openly taunted Darshan and Yash while addressing the media.

Police Refuse To Help Them

According to Filmibeat Kannada reports, the police apparently refused to take any action against the issue. They said, "If the politics take a turn, it'll cause a lot of inconvenience to us. If we are forced to register a complaint, then we'll go ahead and file a case against your association."

First, someone pelt stones at Darshan's residence. And then, an MLA from JD(S) threatened these actors for supporting Sumalatha. Just when one thought it couldn't get more ugly, Kumaraswamy issued a controversial statement targeting Darshan and Yash. Ahead of the elections, the political drama in Karnataka is getting dirty by the day. 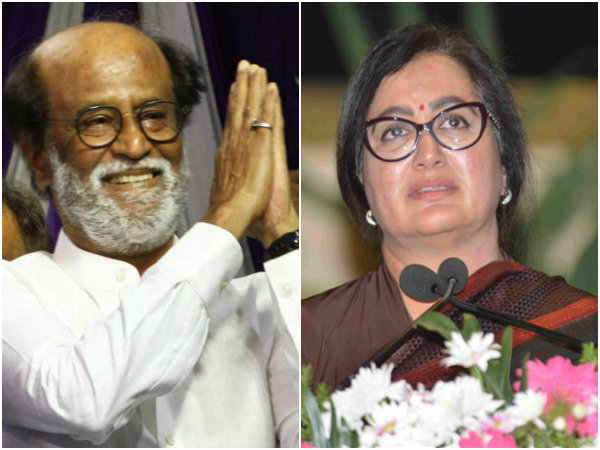 MOST READ : Rajinikanth To Campaign For Sumalatha Ambareesh? Responds To Superstars Supporting Her