Now it makes sense to us why a few celebrities, such as Shivrajkumar, Sudeep and Puneeth have chosen to stay away from politics. Sumalatha's decision to contest as an independent candidate from Mandya has triggered the JD(S) leaders. Karnataka's CM HD Kumaraswamy's son Nikhil Kumar is contesting from the same region. Recently, while talking to the media he slammed Sandalwood actors Darshan and Yash, who are supporting Sumalatha in the campaign. He went on to call the two actors thieves, who are looting farmers. He even took a dig at Darshan for being called D Boss!

Previously, during a press meet, Darshan said that he and Yash are supporting Sumalatha as two hard-working bullocks. Taunting this statement of the actor's, CM said, "This pair of bullock is not meant for ploughing the field but to raid farmers' crops. What do they know about the difficulties of farming?"

Kumaraswamy further added, "There is a video circulating on WhatsApp about his comments about people of Mandya. It is below my dignity to talk about the words mentioned in the clip. If the people listen to it, they will not let him enter Mandya."

Takes A Dig At D Boss

He went on to take a dig at Darshan for the title given by the fans. He said, " What is that? Challenging Star? Apparently he's not scared. And, D Boss! He's a D Boss only in the cinemas."

"Where were these stars when Mandya witnessed tragedies? Did they give their shoulders to the families of those who died in the bus accident? It was our CS Puttaraju who was with the people during the crisis," he said pointing at the actors. 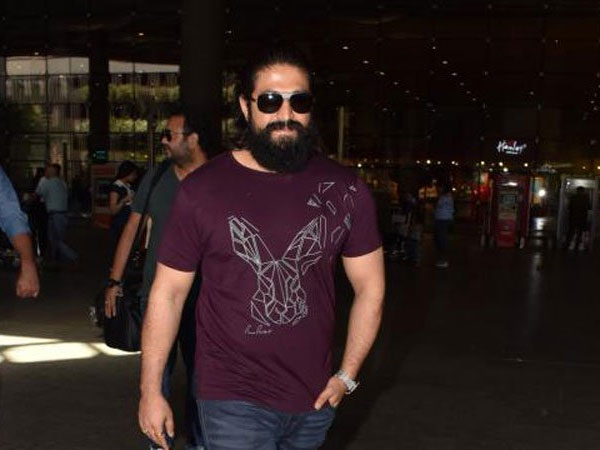 MOST READ : Yash Spotted At Mumbai Airport! Was It To Finalise Bollywood Cast For KGF Chapter 2?