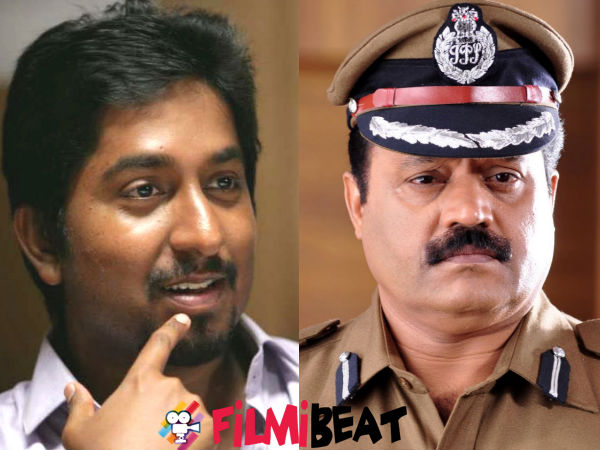 Mia George has recently walked out from the Suresh Gopi starrer upcoming flick My God, directed by M Mohanan. It was reported that Mia had a fallout with Suresh Gopi, due to his adamant and commanding nature. The actress, who brushed off the reports, says that she considers Suresh Gopi as an elder brother, and the actor is an extremely loving person.

Mia says that she is only concerned about the story and her character, while choosing a movie and have absolutely no problem in sharing screen with any actors. The actress revealed that she had a conversation with Suresh Gopi, about the spreading rumours; and the actor was least bothered about the reports. Mia also stated that she walked out of My God due to her busy schedule.

Mia has earlier shared screen with Suresh Gopi, in Joshiy directed Salaam Kashmir, in which she was paired up with Jayaram. The actress is currently busy with her Tamil movie project Indru Netru Naalai. Mia will be next seen in the upcoming movies Nayana, in which she shares screen with Bollywood actor Anupam Kher and 6B Paradise in Malayalam.