Last year, actress Raashi Khanna became the talk of the town for all the right reasons when she made her Kollywood debut with Imaikkaa Nodigal and added a new dimension to her career. Thereafter, she acted alongside Jayam Ravi in the action-drama Adanga Maru and continued her tryst with Kollywood. At present, she is in the limelight due to her latest release Ayogya which released on May 11, 2019 and received rave reviews from fans.

Now, the film has landed in a controversy. In a shocking development, actress/dubbing artiste Raveena Ravi took to Twitter and said she was upset with the Ayogya team as she did not get any credit for dubbing Raashi's voice.

"I couldn't find dubbing artists credits in d end title of #ayogya ,was happy to see the mess annas, drivers, painters, carpenters, sound enggs, studios, coordinator n all others getting their respects n credits. Sad to see our category alone left out most of the time. Kaathirupom," she tweeted.

Needless to say, her tweet went viral in no time with several fans speaking out in her support. Once the matter reached Raashi, she apologised to Raveena for the team's oversight.

" am sorry @raveena116 .. but I want to thank you for lending your beautiful voice to me and enhancing my act on screen. Lots of love to you and way to go," she added.

This is a really sweet gesture on the Tholi Prema lady's part and proves that she is humility personified. 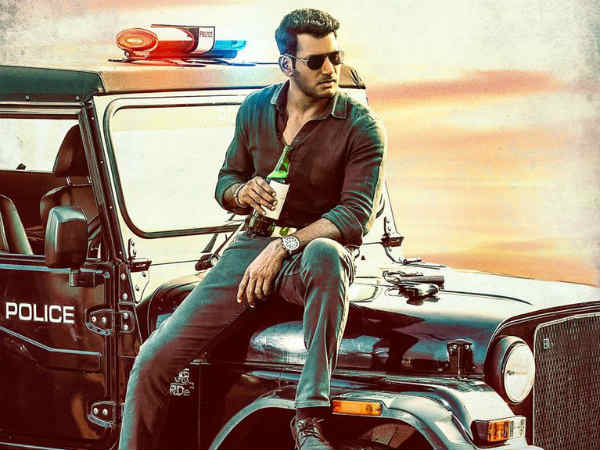 Ayogya Movie Review: The Vishal Starrer Offers What It Promised And That Too In An Impressive Way!