Harshad Chopda is amazing actor and has done many popular shows like Left Right Left, Kis Desh Mein Hai Meraa Dil, Tere Liye and Dil Se Di Dua... Saubhagyavati Bhava. The actor's recent show Bepannaah, although didn't garner the required TRPs, was a superhit among fans. They loved Harshad and Jennifer Winget's (Aditya and Zoya) jodi on the show. Many of them might not be aware that the actor was approached for Qubool Hai.

Harshad Was Approached For Qubool Hai To Play Aahil

It was said that the makers were on a desperate hunt to lock in a replacement for Karanvir Bohra, who played Aahil (before the actor decided to stay back on the show). Harshad was one of the actors approached for the role of Aahil. But it was said that the actor was not roped in because of Additi!

Harshard Was Dropped Because Of Additi!

According to TOI report, Additi had put her foot down about considering him for the part. Well, for those who aren't aware, Additi and Harshad were rumoured couple in the past. They were paired in Kis Desh Mein Hai Meraa Dil, which was Additi's debut on television.

It was said that their short-lived romance ended on a bitter note. Harshad moved on in life. A source associated with the show had told the leading daily, "Additi doesn't want to share the screen with Harshad. She informed the production house of her decision and that's how Harshad was ruled out."

Harshad On Link-up With Sriti & Additi

Harshad was also linked up with his Saubhagyavati Bhava co-star Sriti. In an interview to the leading daily, he had even said, "Sriti is just a friend. I am too busy with my work to date anyone seriously. There is no truth to the rumours of my dating her. That way, I talk to so many people, they should be linking me with everyone. Casual conversations can't be termed as dating. I am not dating Sriti at all." He had also clarified that he wasn't dating Additi as well!

Harshad On Being Linked-up With Co-actresses

In another interview to the leading daily, he had said, "The link-up stories exceed the number of times I have genuinely been in relationships. But that's how the industry functions and I don't feel the need to justify myself. That's probably because I have been a part of romantic shows."

He further said, "All I can say is that I have had my share of relationships (which have been so few) and each one of them has made me a better person. They haven't left me bitter and have only added value to my life." 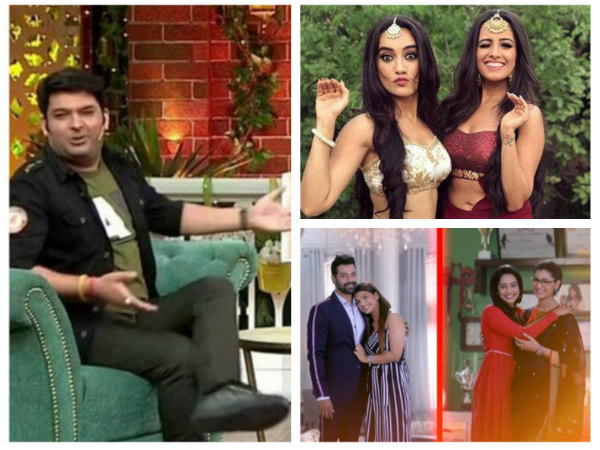