The UK Weekly releases its annual list of the top 50 sexiest men and women of Asia based on popular votes by fans around the world, trends generated on social networking sites, positive impact and media attention. Recently, the editor of the UK Weekly, Asjad Nazir revealed the top six actors from '50 Sexiest Asian Men In The World 2019' and 'Sexiest Asian Men Of The Decade'. Our television actors - Vivian Dsena, Harshad Chopda, Mohsin Khan and Asim Riaz have made it to the list. Read on to know more!

The Shakti - Astitva Ke Ehsaas Ki star was quoted as saying, "I don't see myself as sexy at all. I am where I am only because of my well-wishers and audiences. They have given me my identity and are the real backbone of the name Vivian Dsena. I owe everything to them and will work even harder to keep them entertained."

Bepannaah actor Harshad Chopda has grabbed the sixth place on the list of ‘50 Sexiest Asian Men In The World 2019'. Fans were extremely happy as their favourite actor made it to the list and took to social media to congratulate him.

The other television actor, who made it to the list, was Yeh Rishta Kya Kehlata Hai's Mohsin Khan. The actor earned the eighth place on the list. The actor has been in the news for his relationship with his co-actor Shivangi Joshi.

Mohsin was quoted by BollywoodLife as saying, "I feel overwhelmed and humbled. This is a list with names like Hrithik Roshan, Virat Kohli in it. I'm really happy to be there. It's something I am going to tell my grand kids. To me, Innocence had its own sex appeal! My best friend told me once I could go for those innocently sexy roles; that could be the best compliment I have ever received. A big thank you and a tight hug to everyone who has voted for me. God bless all of you. I would try to be in an even better shape soon."

Kashmiri model Asim Riaz, who is winning the hearts with his honesty in the Bigg Boss 13 house, has grabbed the 24th place. Asjad Nazir tweeted, "The highest newcomer in the 2019 list of 50 Sexiest Asian Men in the world (thanks to you) is Asim Riaz (24)." - (sic) 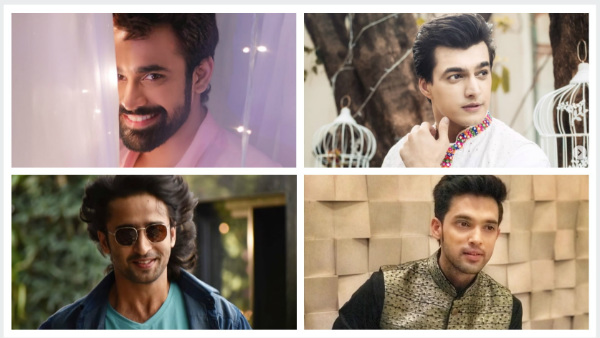