Due to Coronavirus outbreak, the country has been taking safety measures. The shooting of films and TV shows are halted and many businesses have stopped. During these times, Yeh Hai Mohabbatein actress Divyanka Tripathi's tweet has irked the Netizens. In her tweet she mentioned that now that Mumbai has less traffic, metro and road work can be completed soon. She tweeted, "With such less traffic in Mumbai, it seems like an opportunity to quickly complete Metro, bridges and smooth roads."

Netizens found this tweet, especially from a celebrity, insensitive. Many of them slammed her for the same and a few users even asked her to delete the tweet. Take a look at a few comments!

Siya Mishra: As if the engineers & construction worker life r not important .. such an vague & unrequired tweet at this moment.

Chirayu R. Mankad: Madam..lives of workers aren't important? How they should come for work if entire India is asked to stay at home? They may be daily labour but yet govt won't allow fathering for work on public projects right ?

@ifangirl91: This tweet is kind of insensitive not expected from you.

Anjana: Will you go and shoot? NO! So what right do you have to put such a statement? Those workers are not your slaves! No good in being top tv actress or in the Forbes list, a bit of common sense and humanity are required above all!

Mazher: What a celebrity! Do we need such a creature?

"Dear @Divyanka_T before giving such suggestions please remember that the labours are also humans and they too need protection as much as YOU and I do let's face it ,it's bad out there but we are all in this together #HighRiskCovid19."

The actress later deleted the tweet and apologised. She wrote, "My apologies. Point taken." 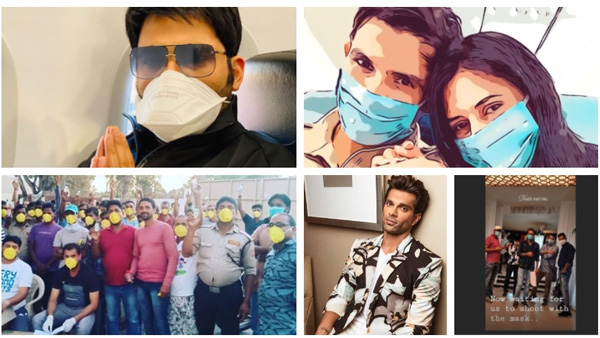