Niti Taylor and Parth Samthaan as Nandini and Manik became an instant hit jodi with the youth-based show, Kaisi Yeh Yaariyan. The show is being re-aired on television amid lockdown. In a live chat with ETimes TV, Niti revealed an unforgettable memory with Parth from Kaisi Yeh Yaariyan, and also spoke about reuniting with the actor.

Unforgettable Memory With Parth From KYY

When asked about an unforgettable memory with Parth from KYY, the actress told ETimes TV, "It is from season 3 where we are on the middle of the road and it starts raining out of nowhere. It was very funny to shoot that scene because it was around 4 or 5 am in the morning and we both (Parth and Niti) were freezing and drinking coffee. Then they (production team) gave us energy drinks. This was the last scene and we were done for the day."

She further added that the funny thing was the tyre in the scene was moving sideways instead of straight and because of the tyre they had to give so many retakes. She added that they were literally freezing and Sir would say, 'Ek take aur Ek take aur'. She added, "Hamari toh bilkul jaan chali gayi thi." But she said that it was fun because they were laughing and that is one of the fresh memories.

Niti & Parth Would Reunite If Given An Opportunity

When asked about working with Parth again, Niti said, "How can I say when will I be working with Parth Samthaan again. Firstly, let the lockdown come to an end. Talking about Parth, he's doing really well for himself right now but if we do get an opportunity then we will work together. We can't give the opportunity to our own selves. Somebody has to give it to us. So, we are waiting for that."

Will She Ever Do Negative Roles?

When asked about doing negative roles, she said that it depends on how the role is. She added that it is also very difficult for an actor to break the stereotype, where they have always done something sweet and nice, but now they would be doing something nasty. She said that a sweet girl doing something mean will be really nice to watch and it's also a very big challenge. For her to do a negative role, she says that the role should be really good, so good that it should do wonders for her. 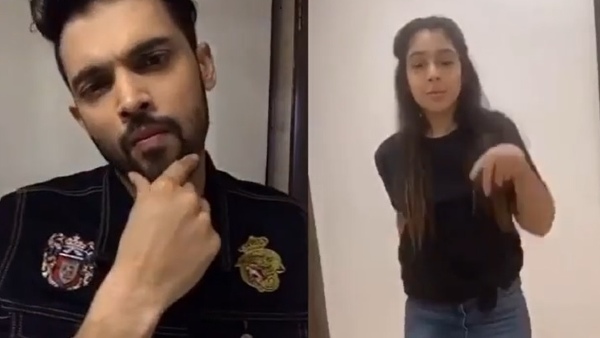