While he is all set to steal hearts as the BOSS in ALT Balaji's BOSS - Baap of Special Services, there's more than meets the eye when it comes to the lead actor and handsome hunk Karan Singh Grover. Don't be fooled by what you see on-screen and if you thought he's the boss at home, well, think again. Our handsome hunk, spilled the beans by giving his fans a sneak-peek into his personal space, letting his fans know who runs the show and rules the house as the BOSS in his real life. And no prize for guessing, it's none other than Karan's better-half, the gorgeous Bipasha Basu to whom the actor is married for almost three years now.

On expressing his thoughts, Karan quipped, "Bipasha is my best friend and I actually consider her my BOSS. She is one of the strongest woman I have ever met and the way she juggles between work and home, I can hardly imagine doing all of it. She's definitely got the skills of a BOSS and I love to follow her orders, in-fact I have to (laughs)."

KSG's BOSS- Baap of Special Services is a mystery-thriller that unravels the story of Sudhir Kohli an undercover cop, who is a specialist in solving homicide cases or cases where criminals often go undetected. The series also stars celebrated faces such as Sagarika Ghatge, Gaurav Gera, Daljeet Kaur, Ayaz Khan. Catch BOSS: Baap of Special Services as it streams exclusively on the ALTBalaji app this August 2. 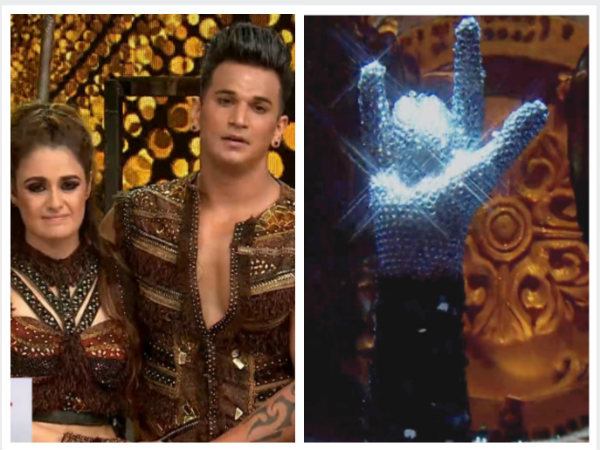 Most Read: Nach Baliye 9: Prince Narula-Yuvika & 4 Other Jodis Get Hi5; Are They Saved From Elimination?