Neha Dhupia has returned with No Filter Neha for a special #WorkFromHome edition of the chat show. The show co-produced by Jio Saavan and Neha's Big Girl Production aims at bringing raw, uncensored stories from celebrities across fields. The podcast's first episode with Saif Ali Khan is now live on Jio Saavan's streaming platform from August 25, 2020.

Neha during the launch said that she is excited about the show. She said, "This season is different from the previous seasons in terms of the approach. While the format remains the same, this one is a bit special for me since we're all trying out something new and have all walked in with great enthusiasm. The idea is to keep coming back and giving our fans exactly what they've loved us for. We are adapting to the new and have recorded the whole podcast from our homes. So, this season is straight from my home to yours."

Talking about taking on duties as a producer for the show, Neha said that it has made her a better actor. She added, "I feel less stress is less as an actor, the pressure multiplies into 100 for the producer. I have become a better actor after being a producer because I know what they go through. When I am working on a set and a producer says something I agree and sympathise with them."

During the launch Neha also revealed that the #NoFilterNeha banner, will be lent for new initiative #NFNCares. The podcast aims at putting a spotlight on young leaders. Reportedly, Neha will speak to children who have been champions for change in their own way, from breaking the taboo around menstruation to preventing child marriage in villages and more.

Line Up For Season 5

No Filter Neha Is Available One JioSaavn

When asked if she wanted someone on the guest list but couldn't, Neha revealed three names- Sushmita Sen, Shah Rukh Khan and Diljit Dosanjh.

The 12-episode series on JioSaavn has premiered on August 25, and a new episode will drop every Tuesday. The first four weeks of the series will be available first for JioSaavn Pro subscribers, which later will also be available to all users from September 22. 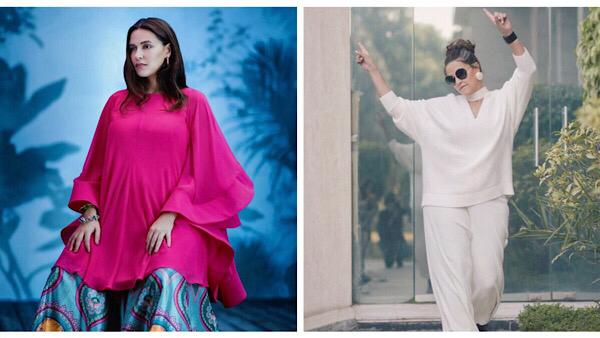 Neha Dhupia Slams Suchitra Krishnamoorthi's Comments On Her: Most Distasteful