Venkatesh is arguably one of the most respected names in Telugu cinema today. The veteran star is loved by all and sundry due to his humble nature and sincere performances. Now, here is some big news for his fans. According to reports, the hero might soon be teaming up with 'Natural Star' Nani for a multi-starrer. Writer Akula Siva has already narrated the script to Suresh Babu and things are heading the right direction. The grapevine suggests, this project will hit floors in 2021.

Earlier this year, Venkatesh gave strong proof of his star power when the multi-starrer F2, co-starring Varun Tej, did well at the box office and beat the Sankranti biggies (NTR Kathanayakudu and Vineya Vidheya Rama). Similarly, the Eega actor too impressed fans with his rocking act in Devadas, featuring Nagarjuna as the parallel lead. As such, this might prove to be a deadly combination.

Meanwhile, the Babu Bangaram star is awaiting the release of Venky Mama, slated to release on December 13, 2019. The flick, which also stars Naga Chaitanya, has piqued the curiosity and this might work in its favour. Recently, he said that working with Chay was a good experience for him.

"Chaitanya grew up in front of me and is just like my son. We are quite alike too - mostly quiet people who can have a good conversation if needed. He is very disciplined and has got great timing, he is a producer's actor. He is very sincere about his work and minds his own business. I am very happy to see him this way," he added.

Venkatesh will also soon be beginning work on the Telugu remake of Dhanush's Asuran, one of the biggest releases of his career.

On the other hand, Nani is working on 'V', which features him in a negative role. It is one of the most ambitious projects of his career. 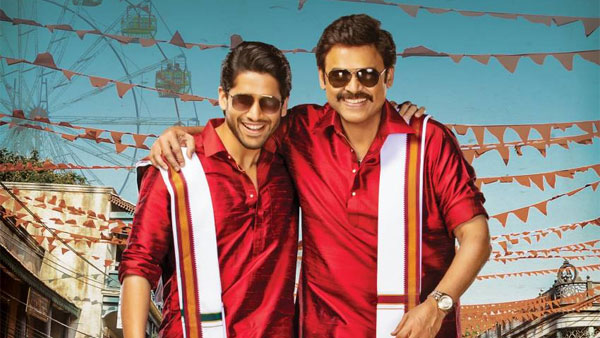