Nandamuri Balakrishna, who just completed shooting for his Sankranthi release Veera Simha Reddy under the direction of Gopichand Malineni, has kick started the filming of his next, under the direction of successful director Anil Ravipudi. Referred to as NBK 108, the movie is a production venture of Sahu Garapati and Harish Peddi under the Shine Screens banner. 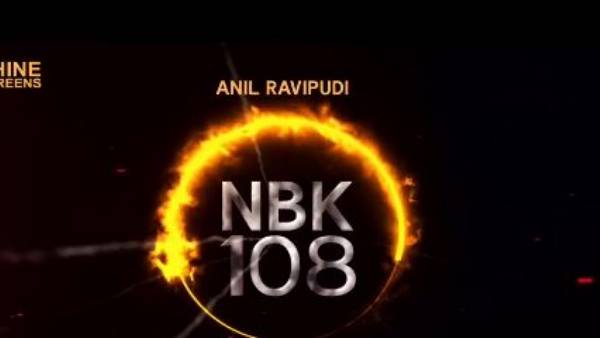 According to the available information, the muhurtham for NBK 108 was held at 9.36 am on December 8. The filming of the movie will start from December 9 in Hyderabad. The movie is touted as a commercial entertainer with Anil Ravipudi mark comedy that goes parallel with Nandamuri Balakrishna's trademark style. Sreeleela, who marked her debut in Tollywood with Roshan Meka's Pelli SandaD was reportedly roped in for the film's female lead role. Meanwhile, the actress is currently filming Dhamaka with Mass Raja Ravi Teja. Fans of the Nandamuri clan and director are happy with the update and are awaiting for more.

Sensational music director and one of the most-sought composers of Tollywood, S Thaman is on board for NBK 108. Thaman composed and released a 'Jai Balayya Mass Anthem' recently to mixed reviews from the fans and general public from Veera Simha Reddy. The duo is coming together again for this project as well.

The movie's unit zeroed in on C Ram Prasad as its cinematographer, Tammi Raju as the editor, and Rajeevan as the Production Designer. V Venkat was roped in as the action choreographer. The movie's rest of the cast and crew will be announced shortly. Anil Ravipudi, who debuted as a director with Nandamuri Kalyan Ram's Patas went on to direct Raja The Great, F2, and F3 movies, which are box-office successes. With his track record and Balakrishna's recent success streak with Akhanda, fans are thrilled about their collaboration.

Meanwhile, Veera Simha Reddy will hit the screens for Sankranthi on January 12. Shruti Haasan is the film's female lead and Kannada actor Duniya Vijay is making his debut in Tollywood with this film. Varalaxmi Sarathkumar is also part of the film. Meanwhile, the actor is also busy taking part in the shooting of his super successful OTT talk show's season 2, Unstoppable With NBK, for Aha.