Thirty five years and severa blockbuster later, actor Sunny Deol says his process of working in a film is purely 'instinctive' where he is more interested in listening to the storyteller than reading scripts. For Sunny, it is a matter of choice that he avoids reading scripts as he believes he might look at them with a certain mindset and hence prefers to hear them straight from the writers.

"I am a very instinctive person. I hear an idea, a thought and if it is good and I like it, I just jump for it. I don't go into the detailing of it. Right now, you need to do that but back then film-making was different. I never read scripts," Sunny told PTI.

"I just hear the idea from the director and go for it. I have always interacted with the story writer and heard the subject because that's what is going to eventually come over on screen," he adds.

Since his debut in 1983 with "Betaab", Sunny has featured in some strong content driven films like "Ghayal", "Damini", "Darr" and "Gaddar Ek Prem Katha", among others.
A process of not reading scripts can be considered risky but Sunny still goes by his instincts while giving nod to a film.

"One never takes it as gamble. I do it because I love it and I'm enjoying the story. Obviously sometimes in the journey you realise the production, the director, writer, or some things are going here and there but you don't disown it. You don't run away because it's everyone's baby," he says. 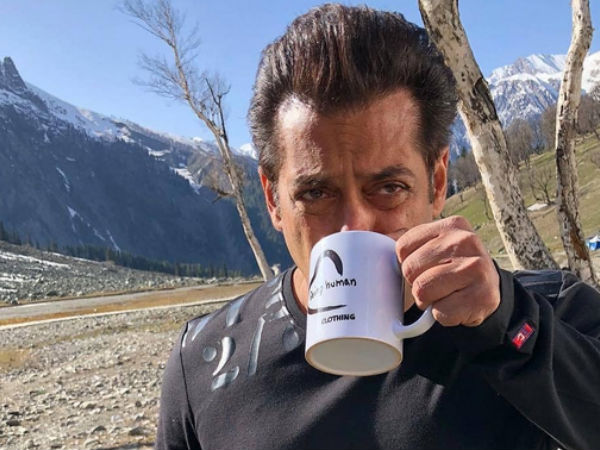 Abbas-Mustan Upset With Salman Khan For Replacing Them?

The actor is seen in Bhaiaji Superhit, which also features Priety Zinta and Arshad Warsi.

The film is set in Sunny's familiar territory, action-comedy, but the actor says it does not mean he goes to the sets thinking it will be a cakewalk.

"I don't think I have ever worked with the attitude that 'This is easy I can do it.' Hats off to those who say and do it. For me, I need to enjoy it. You can't be nervous while performing a scene because then you wouldn't be able to," he says.

The 62-year-old actor, however, is aware that to stay relevant, he has to pick up roles which move according to times.

"I cannot be a teenager in films. You move accordingly and your experience makes you do certain subjects which you wouldn't have done when you were younger. As the time goes, you interact and become more aware of certain things.

"It'll be stupid if I still want to play a college boy. Besides that nobody would want to make it also. It's only when the filmmakers know that this actor can pull it off, is when they approach you," he adds.
Directed by Neerraj Pathak and produced by Chirag Dhariwal, "Bhaiaji Superhit" releases on Friday.