It is the festival of colors today, and while all of us are having a great time with our family and friends, Bollywood celebs too are indulging in Holi celebrations across Mumbai city. One such Holi party has been organized by veteran actress Shabana Azmi, which was attended by many celebrities such as Farhan Akhtar, Shibani Dandekar, Zoya Akhtar, Javed Akhtar, Divya Dutta and others. View pictures of the Holi party hosted by Shabana Azmi.

Shabana Azmi looks super thrilled and seems to be enjoying the Holi festival at the afternoon party which she hosted. She and Javed Akhtar pose for the cameras when snapped at the Holi celebrations.

Farhan & Shibani Pose For Cameras At The Holi Party

Farhan Akhtar and Shibani Dandekar are probably the cutest couple in Bollywood right now, with their social media PDA stealing the hearts of all their fans. On Thursday, the duo attended Shabana Azmi's holi party and had a blast.

The Lovebirds Have A Blast

Aww! Don't they look adorable together? We wonder if this is Farhan & Shibani's first Holi together. We wish them many more!

A Well Deserved Party For Zoya

Filmmaker Zoya Akhtar, who has had a phenomenal year with the fantastic success of her movie Gully Boy, had every reason to go all out at the Holi party hosted by Shabana Azmi.

Actress Divya Dutta, who is a close family friend of the Akhtars, was present at the Holi party organized by Shabana Azmi. She turned up in all white, and posed for pictures being clicked by the paps.

It looks like the Holi party was a blast. Shabana Azmi, Farhan Akhtar and his girlfriend Shibani Dandekar smile for the cameras. 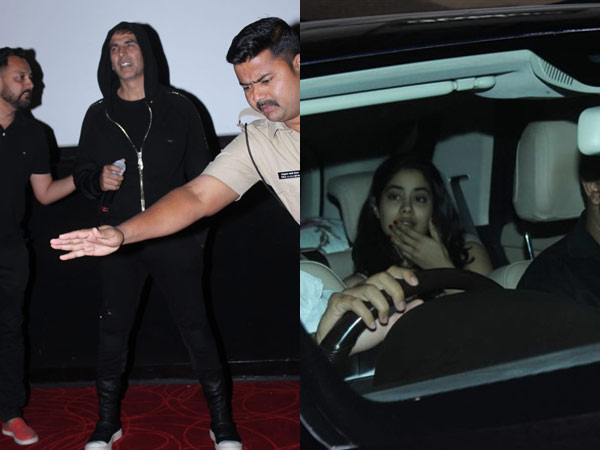