Varun Dhawan and Katrina Kaif were all set to share screen space for the first time in Remo D'Souza's 'Street Dancer'. Unfortunately, things didn't work out and the 'Tiger Zinda Hai' actress opted out of the film. Soon, the makers roped in Shraddha Kapoor in her place.

Recently, in an interview with Pinkvilla, Shraddha opened up about replacing Katrina in the film. Here's what she had to say.

Shraddha Kapoor Has This To Say About Replacing Katrina Kaif

When quizzed if she had any thoughts about replacing Katrina Kaif in 'Street Dancer' and not being the original choice for the film, Shraddha told the portal, "No, not at all. Ultimately, I feel like there are so many reasons. Like I couldn't do Saina (Saina Nehwal's biopic) for whatever reasons and these things happen. Eventually, I think it is what your happy with." (sic)

The Actress Was Thrilled To Reunite With Her Old Gang

"I was super thrilled that I came on board for Street Dancer 3. I love to dance. It's one of my most favourite things in the world. So I was super excited to get back on Street Dancer and be with my old gang -- my ABCD 2 gang. Characterization is super different and very very exciting. So, I was only happy about it. And for whatever reason am in the film, I've had a great time. Am very happy," the actress further revealed.

Here's Why She Chose 'Street Dancer' Over Saina Nehwal Biopic

The actress revealed that she had a tough choice to make between Street Dancer and Saina Nehwal as she could be a part of only of them. She said Street Dancer 3D was offered to her at a time when she was training for Saina Nehwal's biopic.

Since she considers Remo D'Souza as one of her 'guru', she couldn't turn down this film and chose to pick 'Street Dancer' over the badminton player's biopic.

Shraddha On Parineeti Chopra Stepping Into Her Shoes

After Shraddha Kapoor's exit, Parineeti Chopra replaced her in Saina Nehwal biopic. Talking about it, the 'Saaho' actress said that she is sure Parineeti would be great in it and she just can't wait to watch the film whenever it's out. 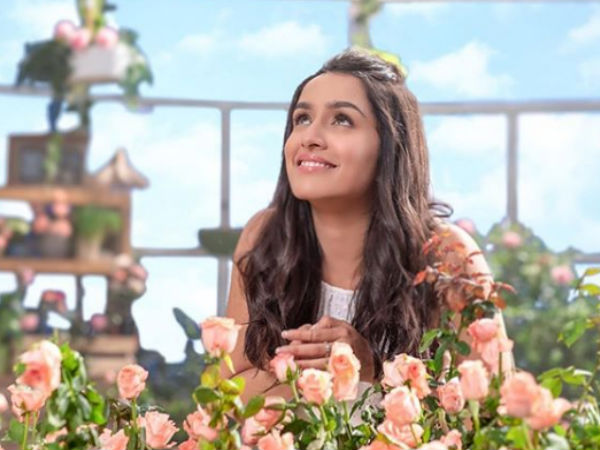 Shraddha Kapoor Says She Is On Cloud Nine, Rejoices The Success Of Saaho & Chhichhore