Last night, a video of Urvashi Rautela and Boney Kapoor went viral on the internet for all the wrong reasons. Reports claimed that the senior producer apparently tried to get close to the former beauty pageant winner.

The video from a recent wedding function has the duo sharing a side hug and Boney apparently patting her inappropriately. Urvashi's startled expressions have also been captured on lens. Netizens heavily slammed Boney's actions on social media. Following this, the actress took to her social media page to react to the viral video.

The actress tweeted, "Presumably one of the India's 'SUPREME' newspaper and this is 'NEWS'!!?? Please dont talk about GIRL POWER or WOMEN'S LIBERATION when YOU don't know how to RESPECT/HONOUR GIRLS."

Some Of Her Fans Took A Strong Stand For Her

One user wrote, "Mam we are always with you ...you have to take some actions against this people who are making fun of you @urva."

Another one tweeted, "Tell your side and expose the media , that's it . They have done this many times , anyway it's your decision . Be calm."

"He did touched u in approtiately...it can be clearly seen...but you wont raise ur voice against them...y so scared?," wrote a netizen by the username @yeragi_deep."

Another one tweeted, "You can be alright with it but everyone can't!"

For those who haven't seen the video yet, check it out here- 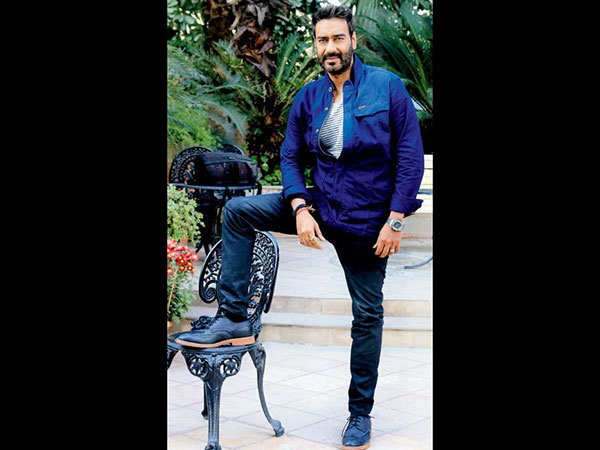 Happy Birthday Ajay Devgn: We Bet You Didn't Know These Facts About The 'Singham' Actor!