Swara Bhaskar is one among few Bollywood celebrities who often voices her opinions about politics and social issues. She was very vocal about the attacks on Jawaharlal Nehru University students and faculty by masked goons in early January. She has also condemned the contentious Citizenship Amendment Act (CAA) and the much talked about National Register of Citizens (NRC).

In the latest, Swara took to Twitter to express her anger over allegations of molestation of female students in Gargi College, New Delhi. Calling it 'madness' she wrote, "What the hell is going on in #Delhi Madness & depravity in Gargi College!?!? #Shameful," (sic).

NDTV had reported the posts of a few girls on social media, who had made known that they were molested by a group of drunk men. The men, aged between 30-35, entered the college during a fest and allegedly molested girls despite the presence of police and security personnel. Swara retweeted the screenshots of the girls' posts on their ordeal, which happened on February 6, 2020. The girls also claimed that they had proof that the men had smoked on campus.

What the hell is going on in #Delhi
Madness & depravity in Gargi College!?!? #Shameful https://t.co/AO2K8rp9gN

On the work front, Swara was last seen in the 2018 film Veere Di Wedding, co-starring Kareena Kapoor Khan, Sonam Kapoor and Shikha Talsania. It was directed by Shashanka Ghosh, and co-produced by Rhea Kapoor, Ekta Kapoor and Nikhil Dwivedi.

Swara will next be seen in the film Sheer Qorma, co-starring Shabana Azmi and Divya Dutta. Directed by Faraz Arif Ansari, the film revolves around two women who are in love with each other. 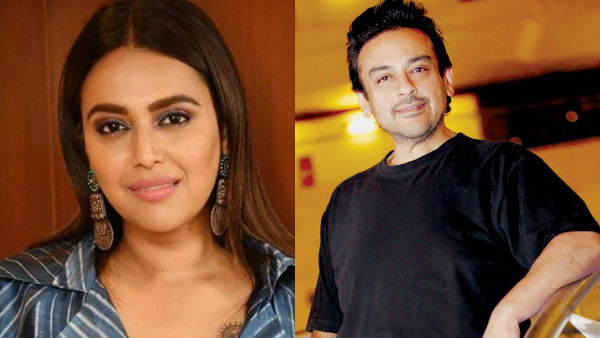