Veteran actress Neena Gupta is lately in news for her recently launched autobiography 'Sach Kahu Toh' in which she has made some surprising revelations about her personal as well as professional life. In one of the chapters in her book, the Badhaai Ho actress has talked about her failed first marriage with a man named Amlan Kusum Ghose.

Neena revealed that he was a student at IIT while Neena was pursuing her masters in Sanskrit. Unfortunately, their marriage barely lasted a year as they soon realized that they were not meant for each other.

As per a report in Zoom, Neena opened up about her relationship with Amlan and said, Amlan and I would meet in secret on campus, his hostel or near my house. His parents lived in another city but his grandfather lived in my lane so he would spend festivals and holidays in WEA." 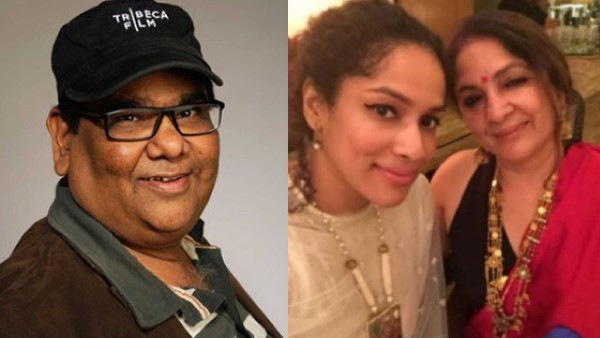 Satish Kaushik Had Offered To Marry Neena Gupta When She Was Expecting Masaba!

She revealed that their relationship became public after Neena's friend blabbered about it in front of her parents. However, they didn't oppose to their love story and eventually, she actually got married to him to get permission to visit Srinagar with him.

However, they soon realized that they were not meant for each other. Speaking about the same, she wrote, "Amlan viewed things differently. Given the times and our upbringing, I think he had always assumed that I would eventually settle down and focus on our family. But I had become a bit too ambitious and didn't see myself ever being a regular housewife. I wanted more from life, and the more theatre I did, the clearer my path became."

Neena further wrote that during their brief marriage, they never quarrelled much and added that to this day, she doesn't have any harsh thing to say about him. 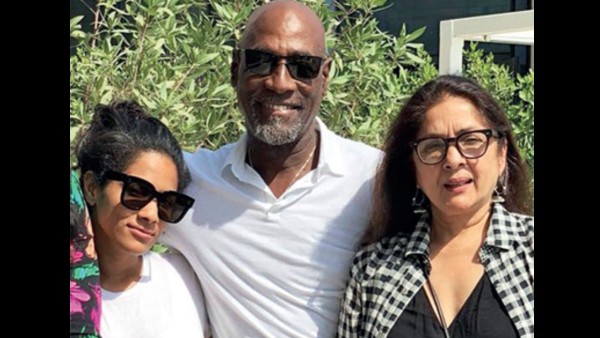 Neena Gupta Says She Loved Vivian Richards; 'Why Should I Poison Masaba's Thoughts? I Have Respect For Him'

"During the short time, Amlan and I were married, we never quarrelled much. Not about our daily lives, the way our house was run or about my studies and career. We were both very, very young when we dove into marriage, but to this day, I don't have a harsh thing to say about him," Neena mentioned in her book.

In 2008, Neena Gupta tied the knot with Vivek Mehra who is a chartered accountant by profession, when her daughter Masaba was a teenager.

Speaking about their first meeting, the senior actress had earlier revealed on Neha Dhupia's podcast 'No Filter Neha', "We met in the plane. He was coming from London, I was coming from London to Bombay. He's based in Delhi but he was coming to Bombay for some work. And, just imagine, that is why I believe so much in destiny and fate. I was in business class - Air India, upstairs. He was somewhere behind, but, one lady wanted him to change his seat and that's how he came and sat besides me. My life would have been so different."

With respect to work, Neena Gupta will next be seen in Amitabh Bachchan-Rashmika Mandanna's Goodbye.