Depp's security reportedly checked the centre facility to ensure the actor's privacy. The place reportedly seated 400 people at the time. The actor was seen hugging and speaking to the staff before attending the celebration. Mohammed Hussain, operations director of Varanasi, told the New York Post, "We had a call out of the blue on Sunday afternoon saying that Johnny Depp wanted to come to eat with a group of people."

"I was shocked, and at first, I thought it might have been a joke. But then his security team arrived and checked out the restaurant, and we let them have the whole place because we were concerned that he might be bothered by other diners," Mr Hussain added.

Depp stayed at the restaurant for around three hours and met the manager's friends and family, before taking a takeaway bag with him.

Depp has been in the UK since before the verdict was announced. He has been performing with guitarist Jeff Beck. He recently also announced an upcoming album with Beck. The announcement was made by Jeff about their joint project with Johnny by his side. Addressing the Royal Albert Hall audience, he said, "I met this guy (Johnny) five years ago and we've never stopped laughing since. We actually made an album. I don't know how it happened. It will be out in July." 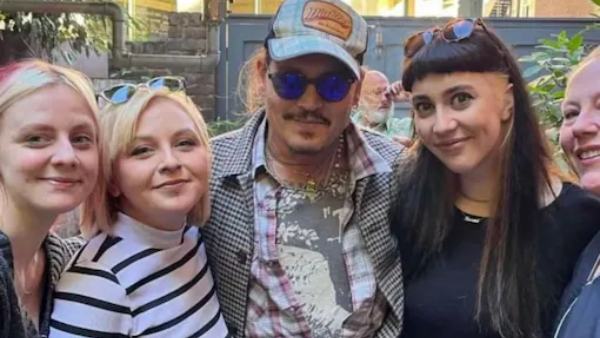 Talking about the trial, the Pirates of the Caribbean star was awarded $15 million by a court in Fairfax, Virginia in the defamation case against Heard.