The charming and talented Sharan is beyond any doubt one of the most popular names in the Kannada film industry. A gifted actor, he enjoys a pretty good fan following thanks to his lively personality, impressive looks, bindass nature and effective screen presence. During his successful career, he has starred in a few successful films and this has helped him find firm footing in the Kannada film industry. Now, here is some shocking and disturbing news for Sharan's die-hard fans.

In an unfortunate development, Sharan's film Victory 2 has become a victim a victim of piracy. Several links offering 'free downloading' of Victory 2 are going viral of the social media. Apparently, various versions of different quality are available for download. Needless to say, this unacceptable and such a thing is bound to ruffle a few feathers.

It Will Not Affect The BO Fate Of Victory 2

Victory 2 had hit the screens on November 1, 2018 and opened to a decent response at the box office. It did okayish business in the following days and managed to click with the target audience. While it is still paying in a few theatres, its run is almost over. As such, the leak will not affect its box office performance. However, this still remains a heartless act and is completely not acceptable.

In Case You Did Not Know...

Sarkar and 2.0 are just some notable films that got leaked online within hours of hitting the screens. Telugu films like Aravinda Sametha and Taxiwala too suffered because of piracy. Similarly, the Kannada biggie The Villain was leaked while it was still playing in the theatres.

In the past, several government agencies and organisations have taken steps to control/eradicate piracy. Similarly, the likes of Vishal and Vijay Deverakonda have urged fans to refrain from supporting piracy While this has had some positive impact, the problem has not been solved yet. Let us hope that those in authority find a proper solution ASAP and ensure that those behind piracy get some severe punishments. 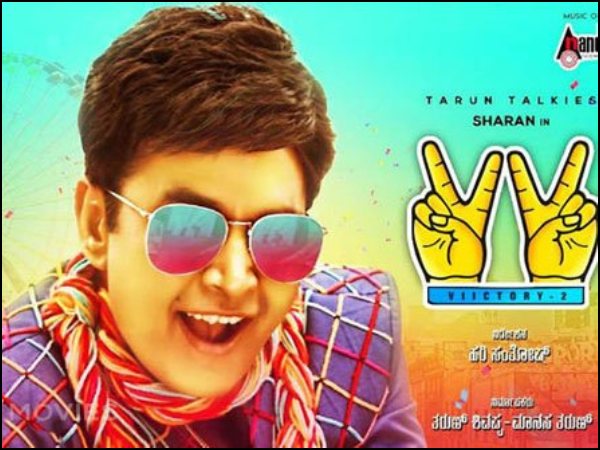 Victory 2 Review: This Sharan Starrer Is Not Everyone's Cup Of Tea!