Sudeep, the heart and soul of Kannada cinema, is awaiting the release of the much-hyped Dabangg 3, marking his Bollywood comeback. The film, featuring him as the villain, has grabbed plenty of attention in most mass circuits and this is a positive development. With Deep mamia on the verge of gripping B-town, here is some more big news for 'Abhinaya Chakravarthy' fans, According to Filmibeat Kannada, Sudeep is set to direct a film again.

The buzz is that its script has been finalised and an official announcement is going to pretty soon. If things go as planned, the film will start rolling in 2020.

In case, you did not know, Sudeep has wielded the mic for six films and proved his mettle as a director. Some of his most noted films are Just Maath Maathall, Kempe Gowda and Veera Madakari. His last directorial venture Maanikya, a remake of the Telugu hit Mirchi, arrived in theatres in 2014 and opened to a fantastic response at the box office. As such, fans are quite excited about his return to filmmaking.

Meanwhile, Sudeep is working on the much-hyped Kotigooba 3, the third part of the Kotigooba series. The film, features him in a stylish avatar that is bound to grab plenty of attention. The Bachchan hero recently wrapped up its Poland schedule, giving movie buffs a reason to rejoice.

"Wrapped shoot at Warsaw n now at Torun to shoot the Chase n a part of th climax action sequence for #K3. Choreographed my KannalKannan master and Zbyszek."tweeted the mass hero.

Kotigooba 3, directed by Shiva Karthick, has Shraddha Das and Madonna Sebastian as the leading ladies. Bollywood actor Aftab Shivadasani too is a part of the movie.

Sudeep also has the magnum opus Billa Ranga Baasha in his kitty,'

So, are you looking forward to these upcoming movies? Comments, please! 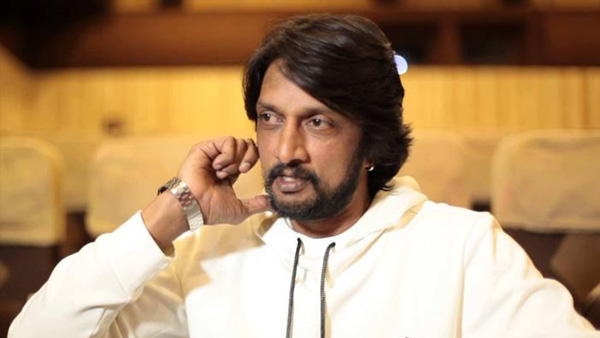